Home > Back to Search Results > The definitive issue on the Battle of Vera Cruz...
Click image to enlarge 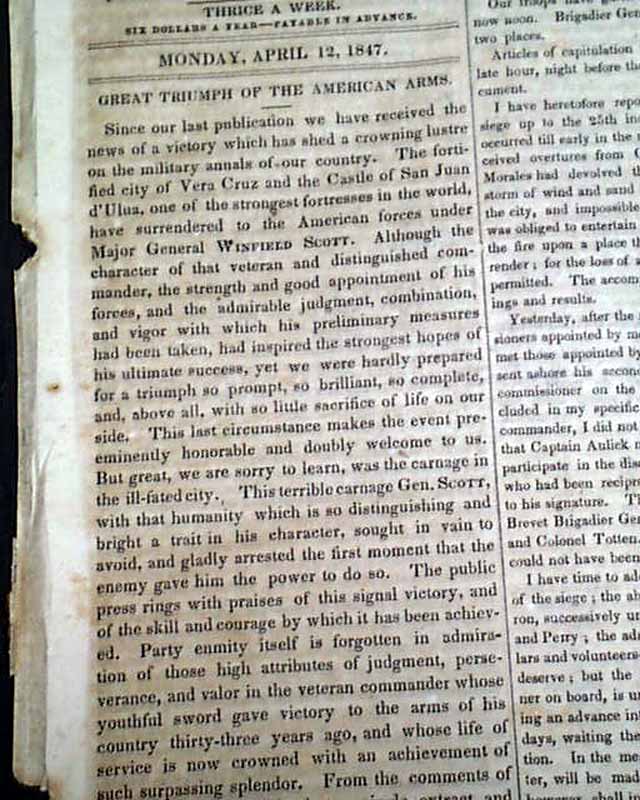 The definitive issue on the Battle of Vera Cruz...

The front page has: "Great Triumph of the American Arms which is a great & lengthy letter on the victorious battle of Vera Cruz & includes a detailed letter signed by the commanding general: Winfield Scott. Included are the: "Terms of Capitulation..." signed by Scott & others. This notable battle was the first large-scale amphibious assault conducted by United States military forces, and ended with the surrender and occupation of the city. U.S. forces then marched inland to Mexico City.
Also on the ftpg: "The Late Events in Santa Fe" "Santa Anna" "Later From the Brazos" and a letter "To Gen. Don Circiaco Vasquez" signed in type by: Santa Anna, followed by another letter signed by him.
Page 2 has: "Further Official Papers Concerning the Capitulation of Vera Cruz" which includes several dispatches from General Scott. Also inside: "Dispatches from Commodore Perry" "The Late Skirmishing Near Monterey" "Incidents of the Attack on Vera Cruz" which is lengthy.
Great to have this historic report on Vera Cruz in this newspaper from the nation's capital. Four pages, very nice condition. 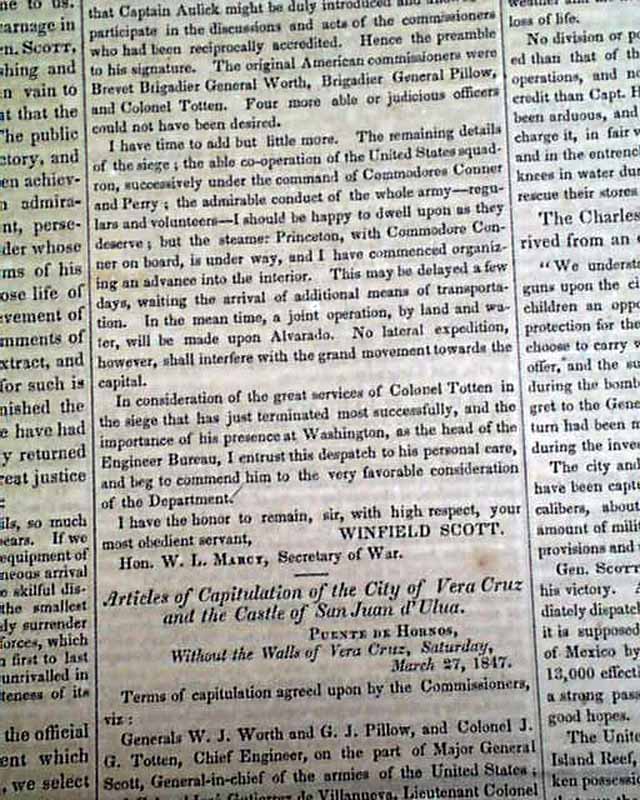 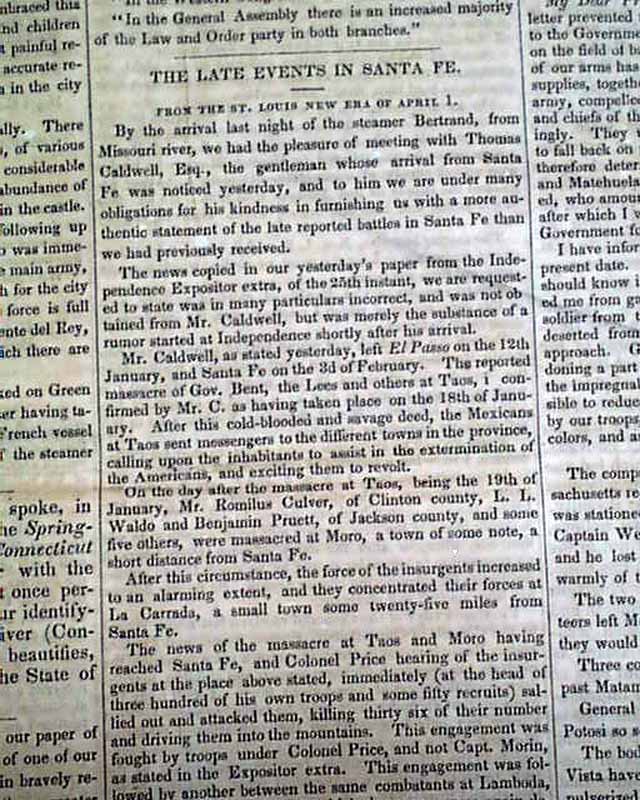 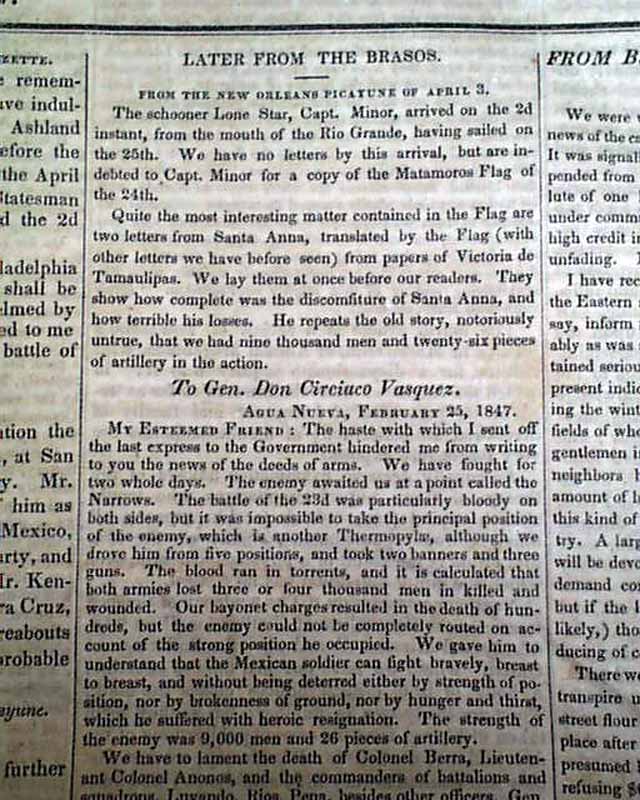 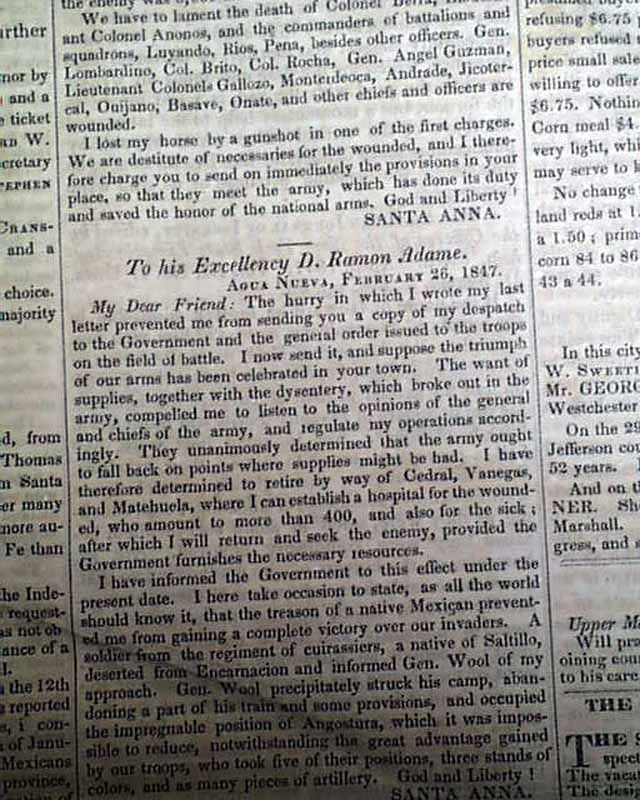 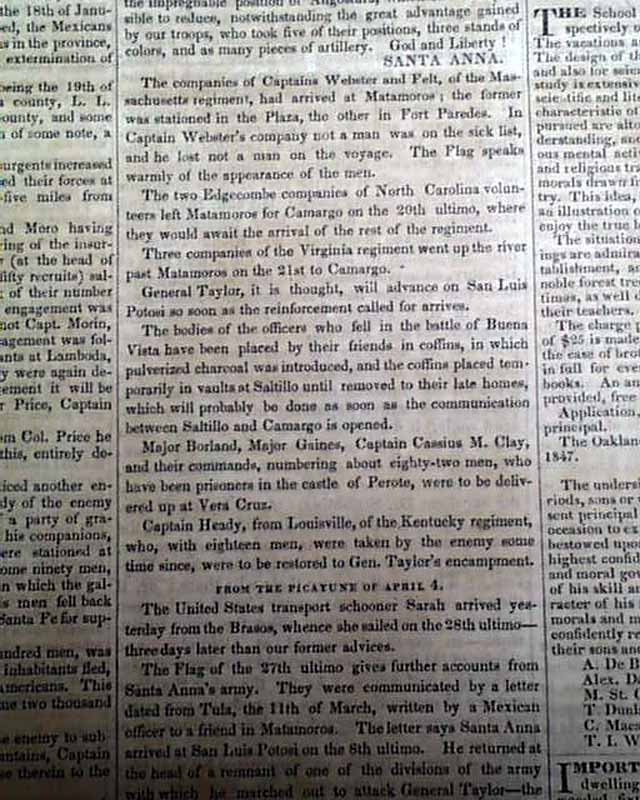 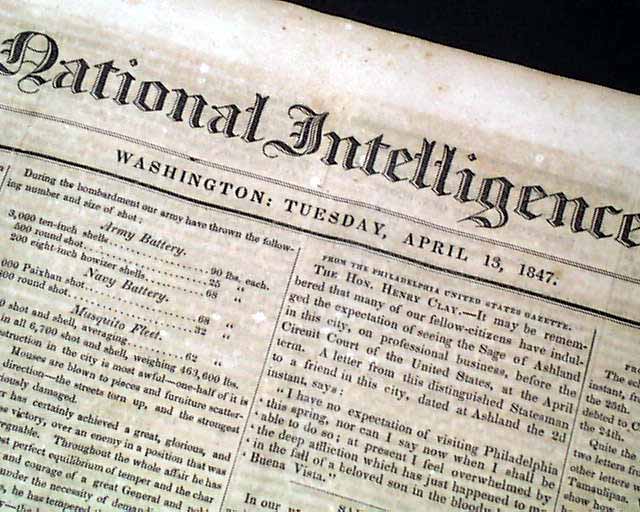 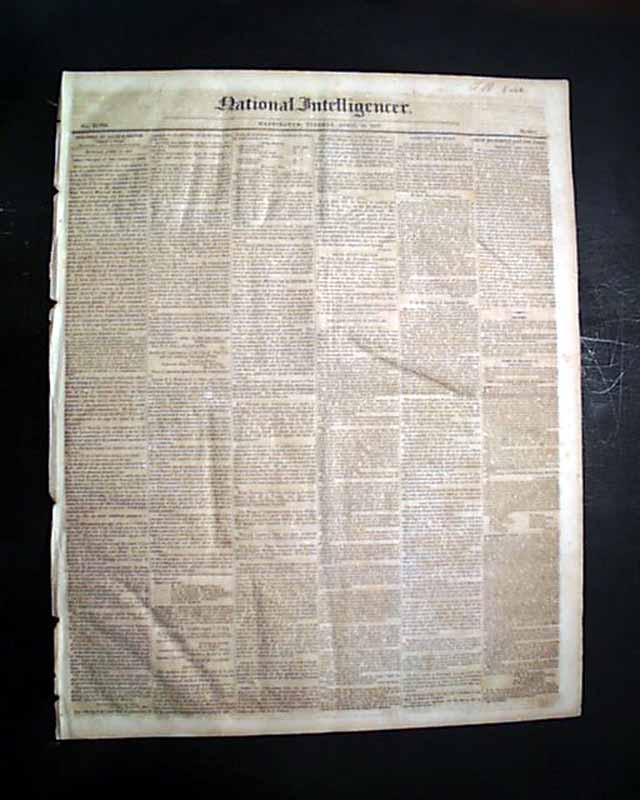 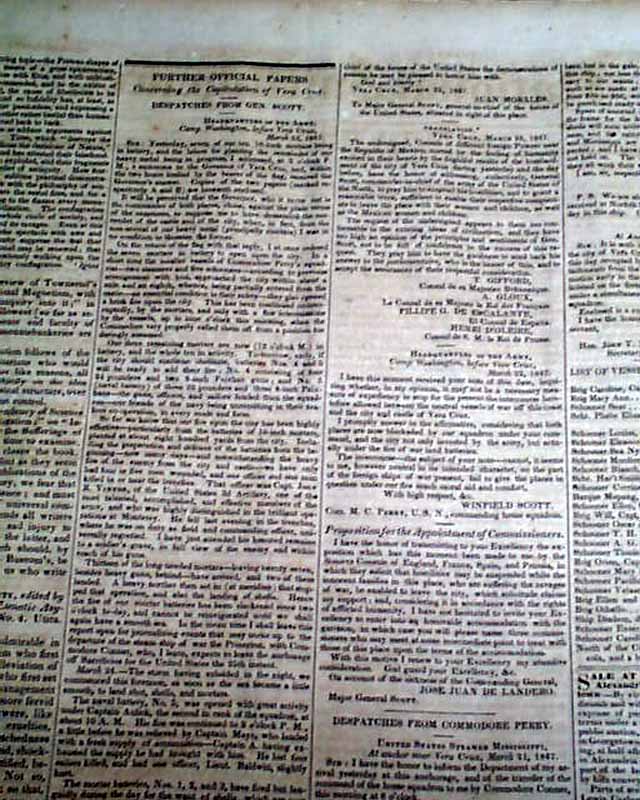 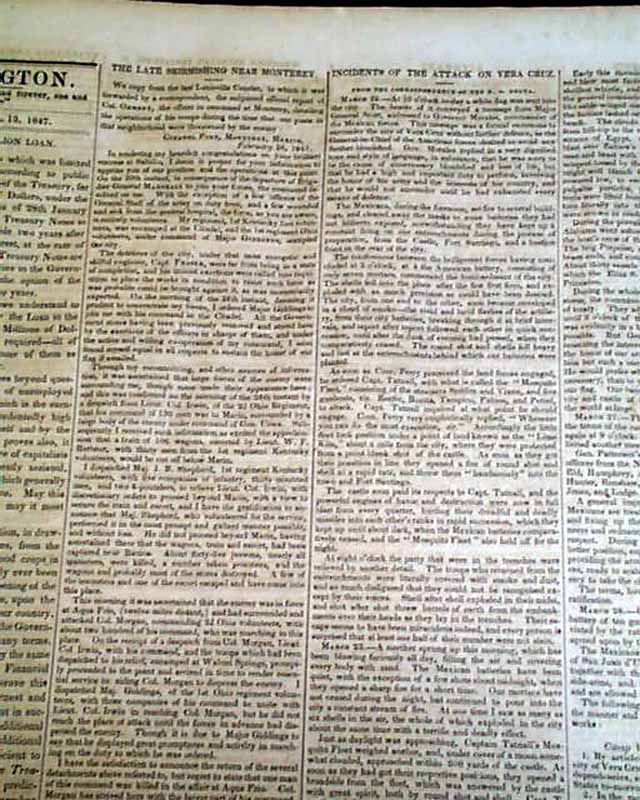