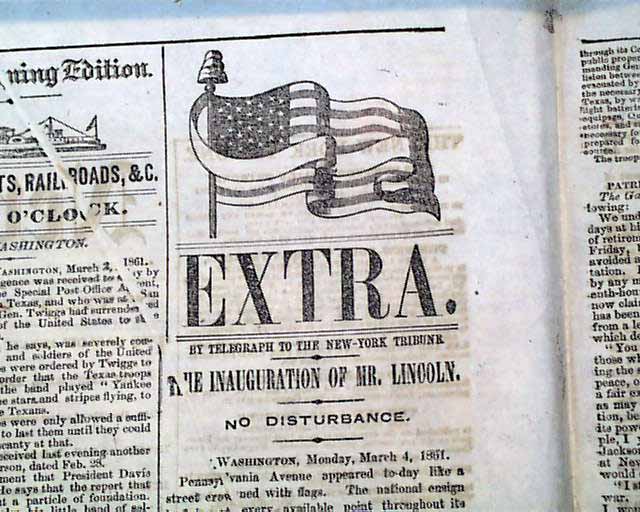 Actually a rather notable issue as every issue we've had of New York titles for this date simply reported the plans for the inauguration as this was the day Lincoln was sworn in as President. But page 2 has a column headed: "EXTRA" with a dateline of Washington, March 4, 1861, with column head: "The Inauguration Of Mr. Lincoln" "No Disturbance". The article reports on the appearance of the vicinity and comments on the people attending the inauguration, etc. (see photos) It would appear that this report was rushed to the printer before much more was known as it does include a note that: "Mr. Lincoln's Inaugural Address will be printed in a later edition." which would be the issue of March 5. See the photos for other inaugural-related reports, and some items on the coming war.
Eight pages, never bound nor trimmed so it folds out to one large sheet, some foxing at the folders, generally nice condition.