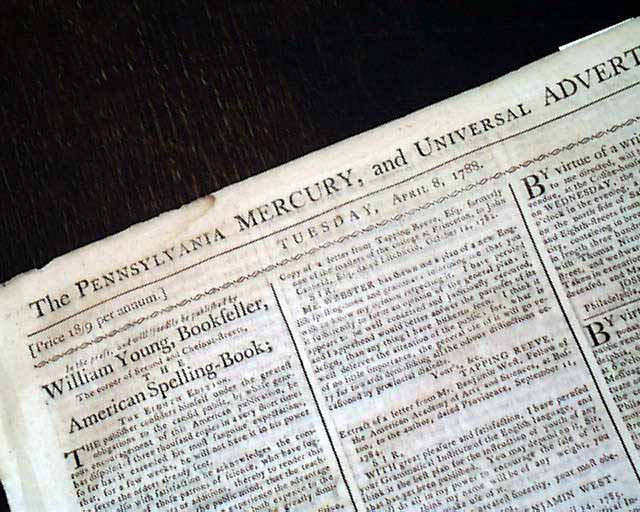 Page 3 has a report from Boston noting in part: "...the subscription for building three SHIPS is so far completed, as that the subscribers have chosen a committee to conduct the building; and that reparations for carrying them on with vigour are not making at the ship yards of Messrs. Clark, Rhodes, and Hart where they are to be built..." with a bit more (see images). Further on: "...the people of Rhode Island met...to discuss the federal Constitution...We have not heard the result of these meetings--nor are we anxious about it, for, as the 7th article of the Constitution provides that, 'The ratification of the CONVENTIONS of Nine States shall be sufficient for the establishment of this Constitution..." with a bit more (see images).
Four pages, 9 1/4 by 11 inches, nice condition.