Home > Back to Search Results > Battle of Chippawa Falls...
Click image to enlarge 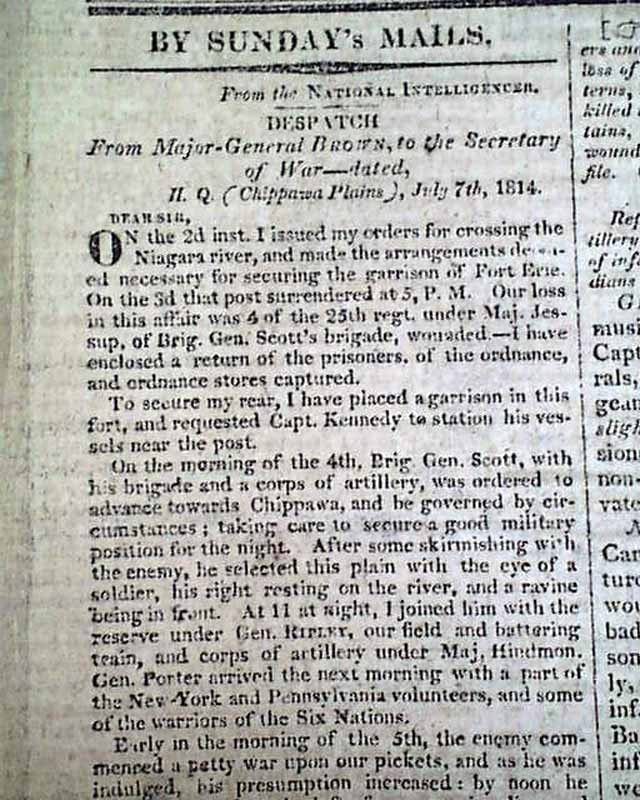 The front page begins with a full column: "Dispatch From Major-General Brown to the Secretary of War" which is his official report on the Battle of Chippawa Falls near Niagara. This was a notable victory for the Americans despite being outnumbered by the British.
Page 2 has a report headed: "Capture of Eastport" plus there are other tidbits on the War of 1812 inside as well.
Four pages, an archival repair at the spine, generally nice condition. 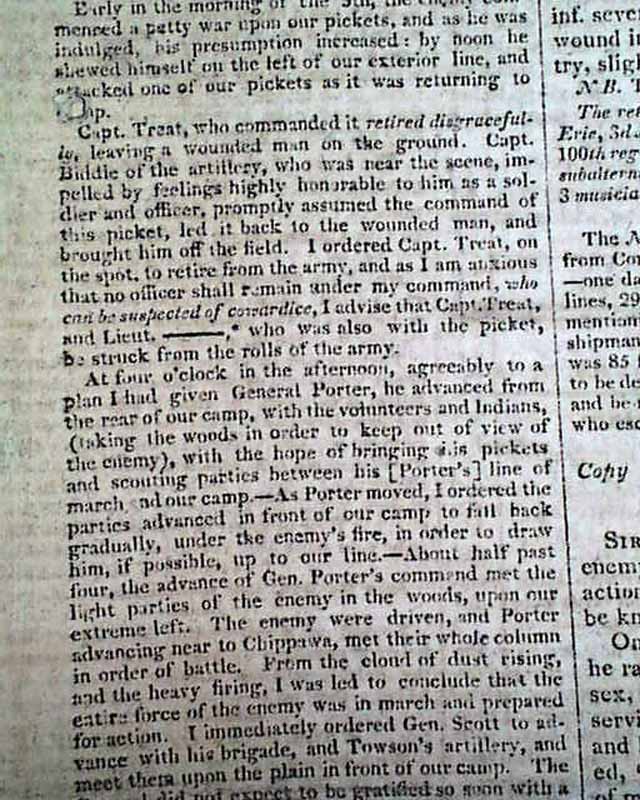 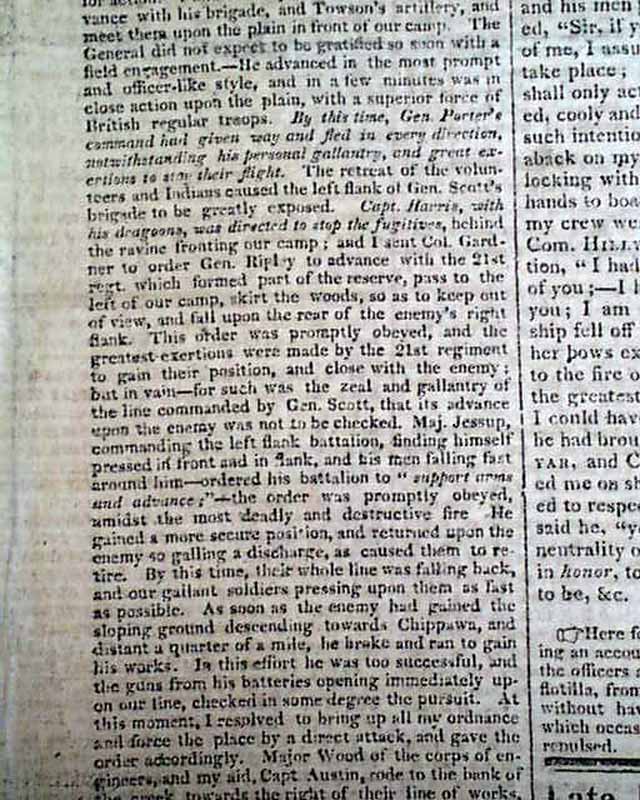 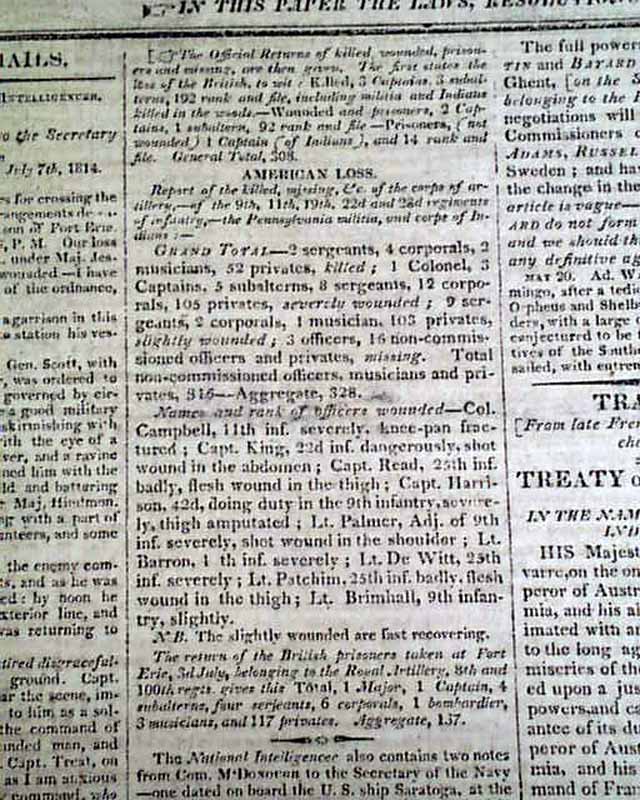 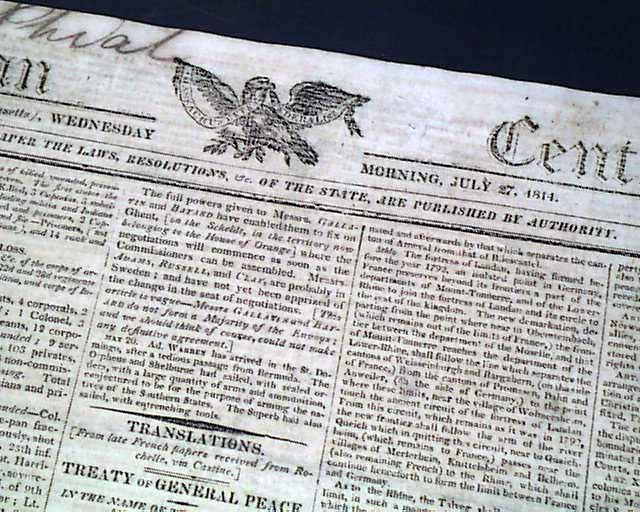 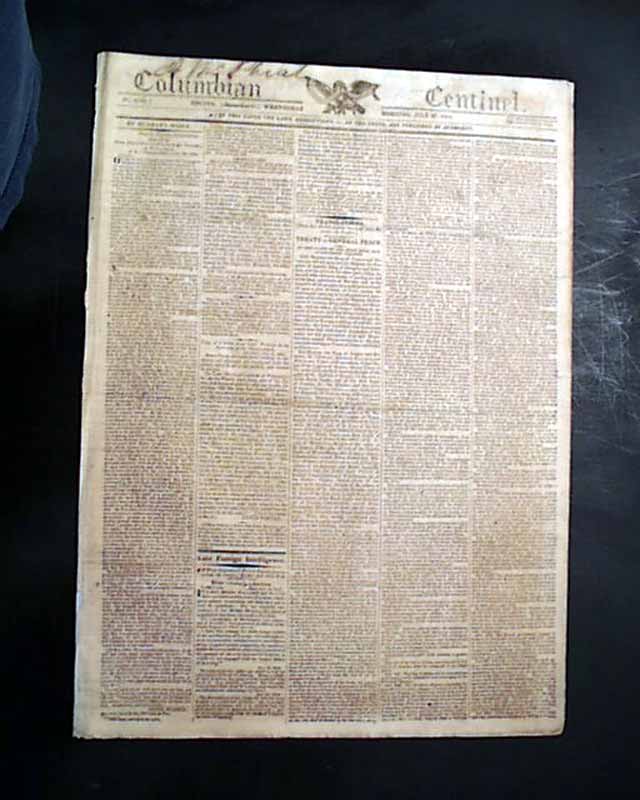 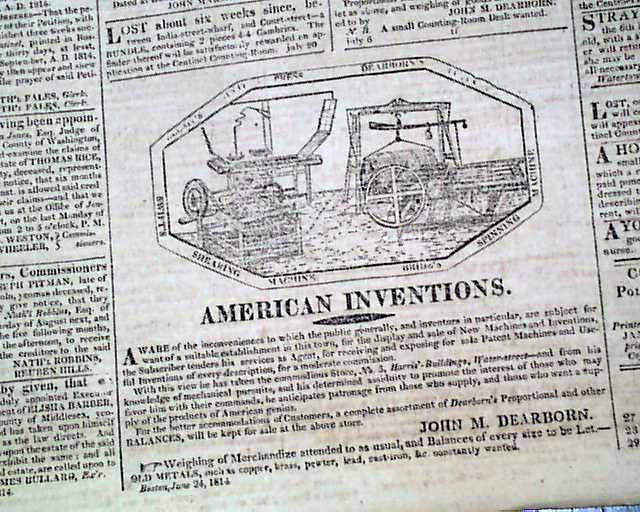