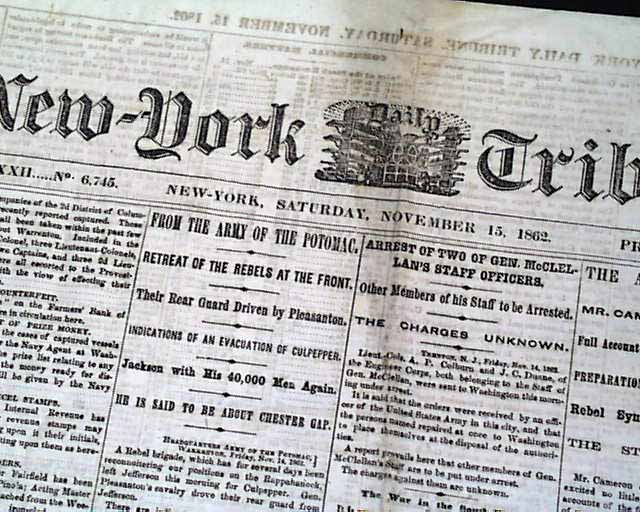 
NEW YORK TRIBUNE, Nov. 15, 1862  Among the front page column heads on the Civil War are: "The Rebels Reported in Force in the Rear of Our Army" "Col. Ford Preparing a Defense" "From the Army of the Potomac" "Retreat of The Rebels at The Front" "Their Rear Guard Driven by Pleasanton" "Indications of an Evacuation of Culpepper" "Jackson with His 40,000 Men Again" "The Enemy in Force at Murfreesboro" and much more.
Eight pages, never bound nor trimmed, with a bit of foxing, otherwise in nice condition.