Home > Back to Search Results > On the "mitigation of slavery"...
Click image to enlarge 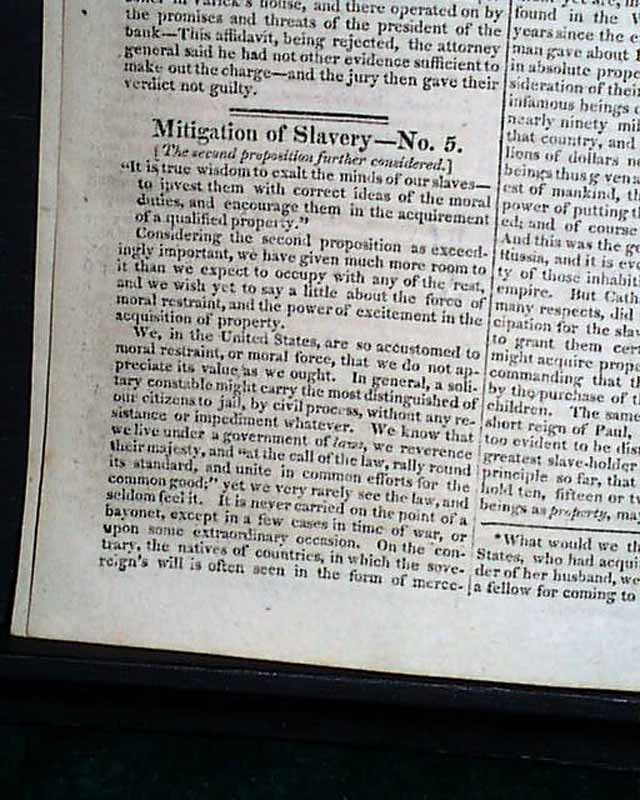 On the "mitigation of slavery"...


NILES' WEEKLY REGISTER, Baltimore, June 26, 1819  Over a full page is taken up with installment number 5 of the: "Mitigation of Slavery" which is continued discussion of a proposition which includes: "It is true wisdom to exalt the minds of our slaves--to invest them with correct ideas of the moral duties and encourage them in the acquirement of a qualified property." (see photos)
Also in this issue: "Separation of Maine", which would become the 23rd state in 1820.
Sixteen pages, 6 by 9 3/4 inches, some lite scattered foxing, otherwise in very nice condition.