Home > Back to Search Results > Abraham Lincoln vs. McClellan...
Click image to enlarge 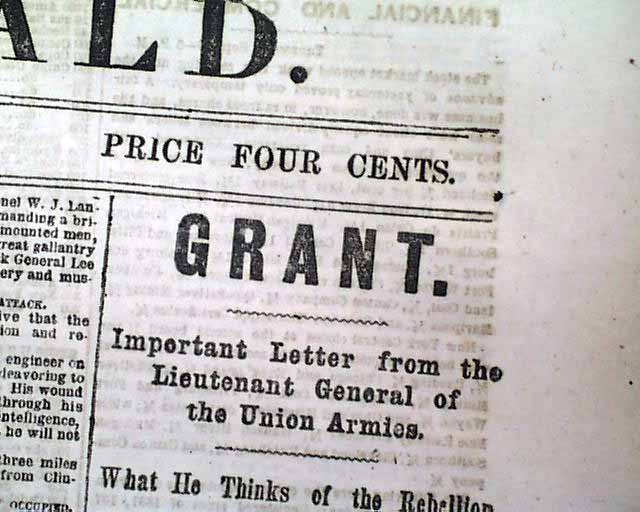 Among the ftpg. column heads are: "CANBY" "Expedition from Baton Rouge & Natchez" "Clinton, La., In Our Possession" "The Rebel Ram Nashville Blown Up" "GRANT" "Important Letter from the Lieut. General of the Union Armies" "What He Thinks of the Rebellion & Its End" which is signed by him in type: U.S. Grant (see); "Sheridan" "The Presidency" "Tender of the Nomination to General McClellan" and more.
Eight pages, minor loss at the blank spine margin, nice condition.