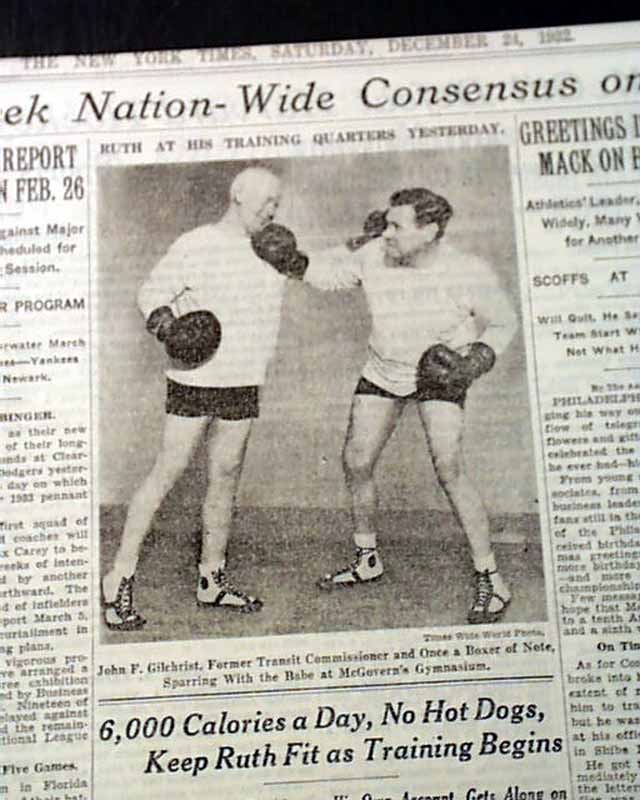 Page 10 has a one column heading: "Film Star, Accused In Fatal Crash, Ill" with subhead: "Dorothy Burgess Driving When Girl Is Killed...." I suspect this is one of the few publications to report this particular event as other titles in our inventory do not.
The sport's section (page 17) has a two column heading: "6,000 Calories a Day, No Hot Dogs, Keep Ruth Fit as Training Begins" with subhead and photo. (see) Probably only found in NYC papers.
Other news, sports and advertisements of the day. Complete in 30 pages, this is the rare rag edition that was produced on very high quality newsprint, with a high percentage of cotton & linen content, allowing the issues to remain very white & sturdy into the present. Given the subscription cost, libraries & institutions rather than individuals were the primary subscribers of these high-quality editions.  Nice condition.