Home > Back to Search Results > Lengthy letter from the Indians to the Secretary of War... Recruitment ad for the U.S. military...
Click image to enlarge 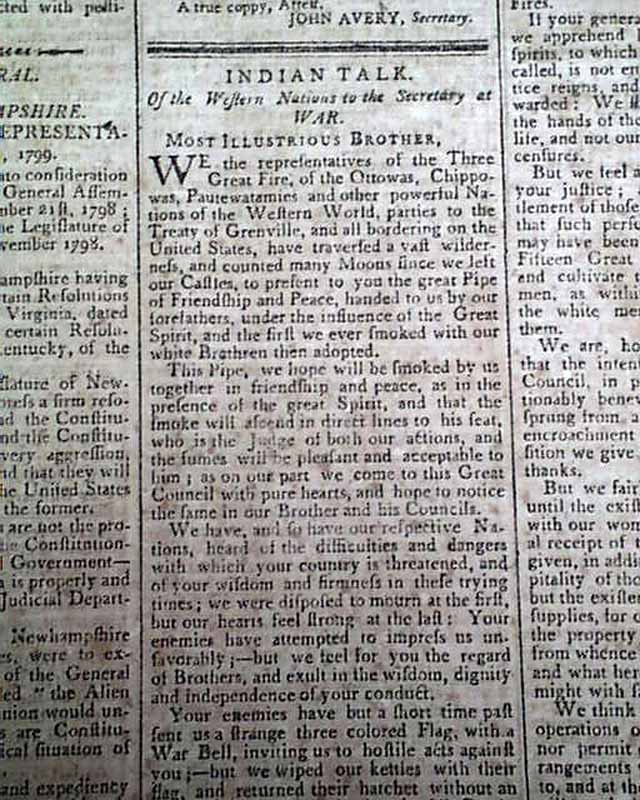 Lengthy letter from the Indians to the Secretary of War... Recruitment ad for the U.S. military...

The front page has: "Indian Talk, Of the Western Nations to the Secretary at War" which is a very lengthy letter concerning relations with  the U.S. government, signed in type by several of the Indians (see).
The back page has a very nice recruitment ad for the military headed: "ATTENTION ! " "To all who properly estimate the Independence of America, love its Constitution, and are willing to defend its Government & Laws, in the station of Soldiers, an opportunity now presents." following which are the enticements for joining the military (see). Also two "Once Cent Reward" ads for runaways.
Four pages, small hole near the top does not affect mentioned content, with a smaller hole to the back leaf. Otherwise nice condition.