Home > Back to Search Results > Acorn coffee for the poor... Recruitment ad for the U.S. military...
Click image to enlarge 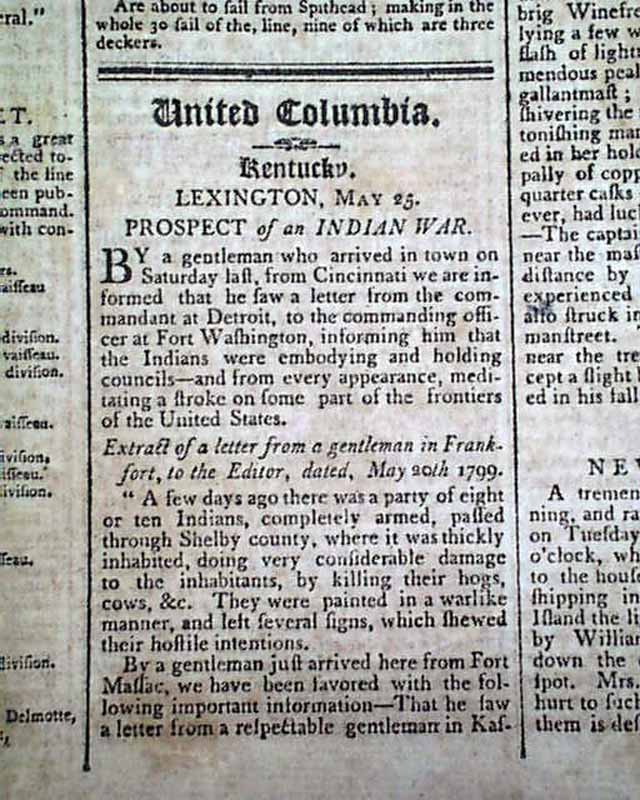 Acorn coffee for the poor... Recruitment ad for the U.S. military...


THOMAS'S MASSACHUSETTS SPY OR WORCESTER GAZETTE, July 3, 1799  Page 2 has: "Prospect of an Indian War" mentioning: "...at Fort Washington, informing him that the Indians were embodying & holding councils--and from every appearance meditating a stroke on some part of the frontiers of the United States...".
The back page has an interesting item: "Acorn Coffee" prefaced with: "...may perhaps particularly serve the poor, who at the present high price of Coffee find it difficult to gratify themselves with it." The back page also has a very nice recruitment ad for the military headed: "ATTENTION ! " "To all who properly estimate the Independence of America, love its Constitution, and are willing to defend its Government & Laws, in the station of Soldiers, an opportunity now presents." following which are the enticements for joining the military (see).
Four pages, nice condition. 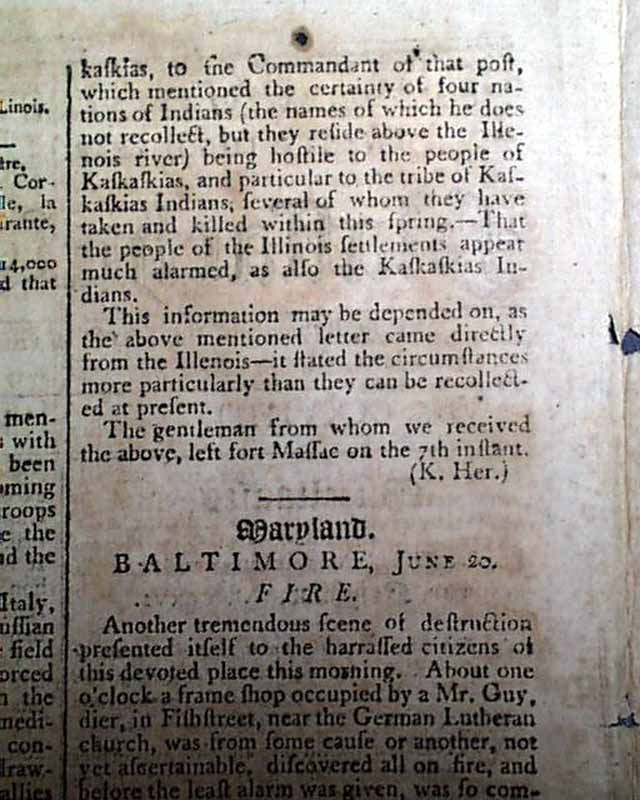 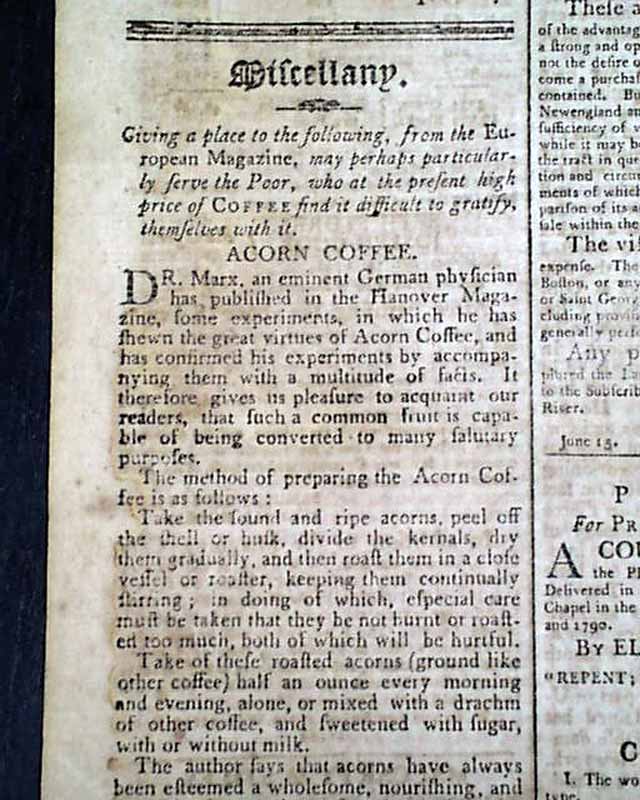 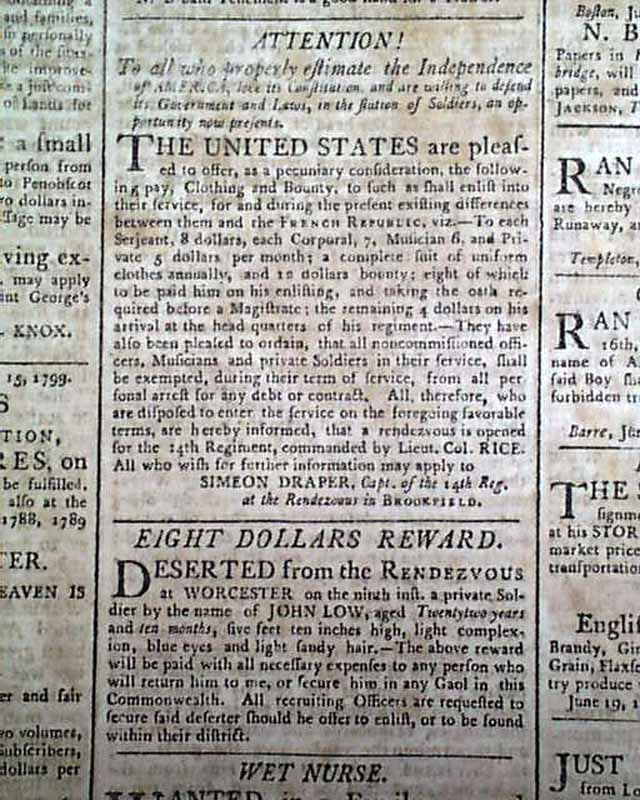 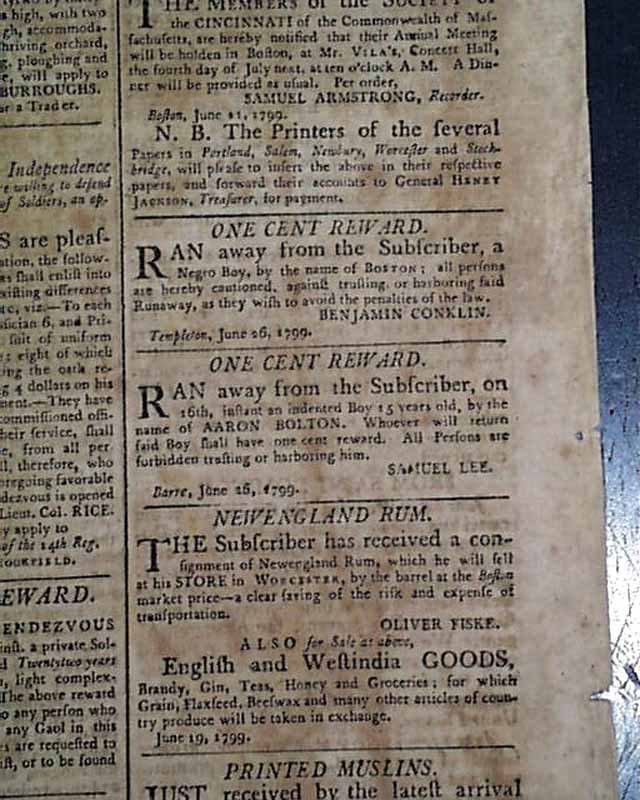 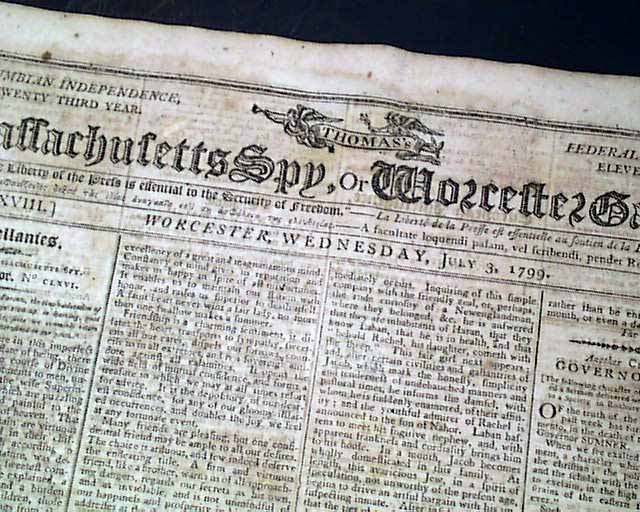 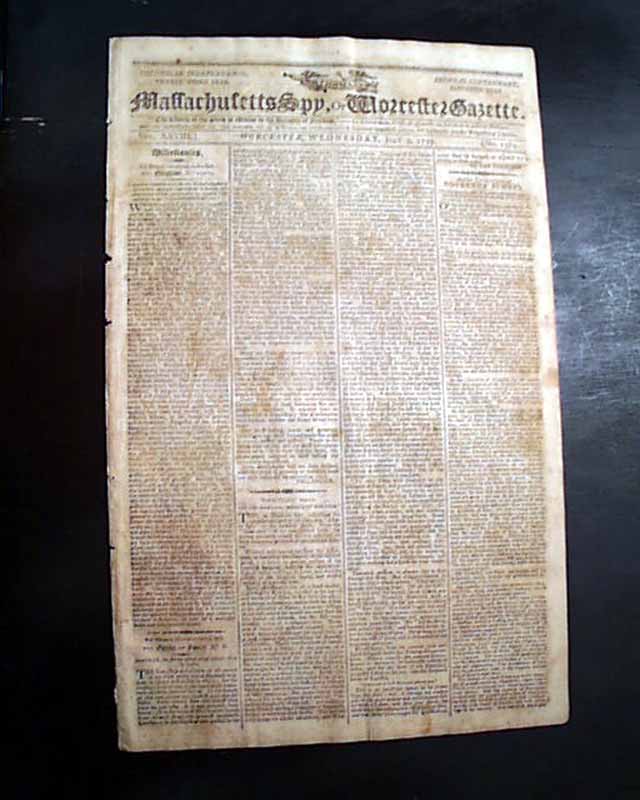