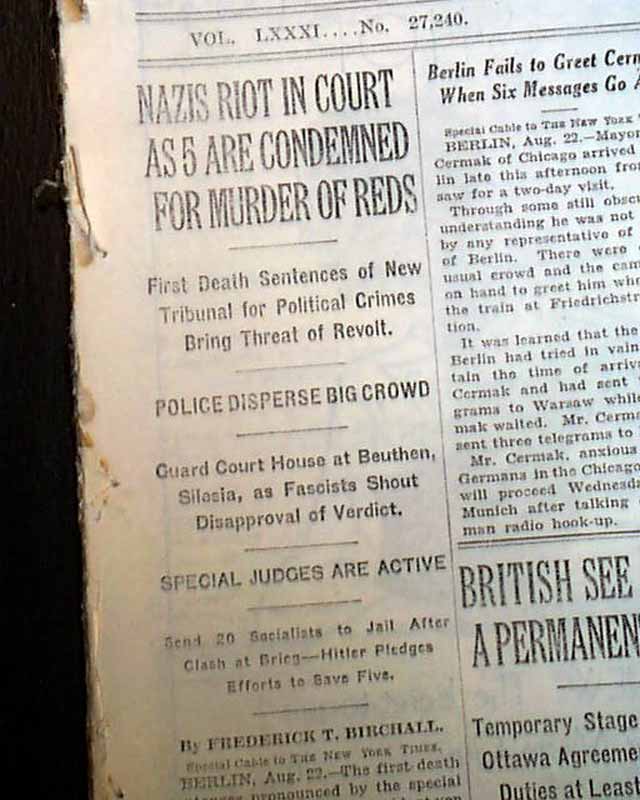 
THE NEW YORK TIMES, August 23, 1932 The top of the front page has a one column heading: "NAZIS RIOT IN COURT AS 5 ARE CONDEMNED FOR MURDER OF REDS" with subheads. (see)
Other news, sports and advertisements of the day. Complete in 42 pages, this is the rare rag edition that was produced on very high quality newsprint, with a high percentage of cotton & linen content, allowing the issues to remain very white & sturdy into the present. Given the subscription cost, libraries & institutions rather than individuals were the primary subscribers of these high-quality editions. Nice condition.

wikipedia notes: Five Nazis were sentenced to death for killing a communist in Potempa, Upper Silesia, the first such sentences under the new emergency law aimed at stamping out political violence. Police had to push back angry crowds that tried to storm the courthouse after the sentence was read.