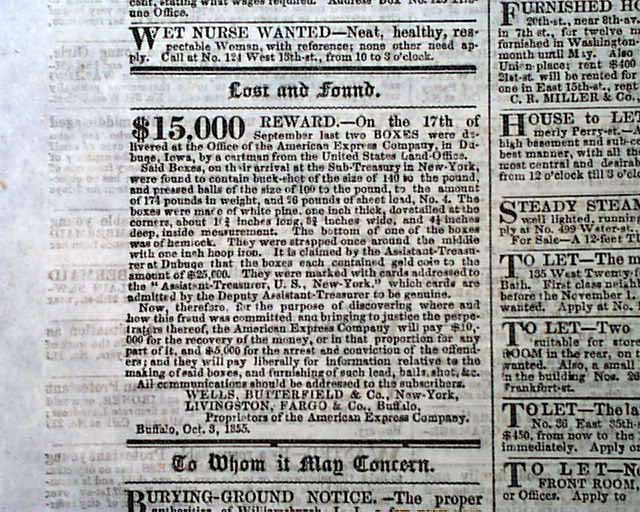 
NEW YORK TRIBUNE, Oct. 9, 1855  Page 2 has an interesting "$15,000 Reward" ad in the "Lost and Found" section of the paper, offering much detail on the theft. A few details include: "...the 17th of Sept. last two Boxes were delivered at the office of the American Express Co. in Dubuque, Iowa...Said boxes, on their arrival at the Sub-Treasury in New York were found to contain buck-shot..." with much more. The notice is signed: Wells, Butterfield & Co., and also by Livingston, Fargo & Co.,Proprietors of the American Express Company.
Also of interest is a page 4 article: "Recent Explorations In Africa" which takes nearly 3 columns with considerable detail.
Eight pages, nice condition.