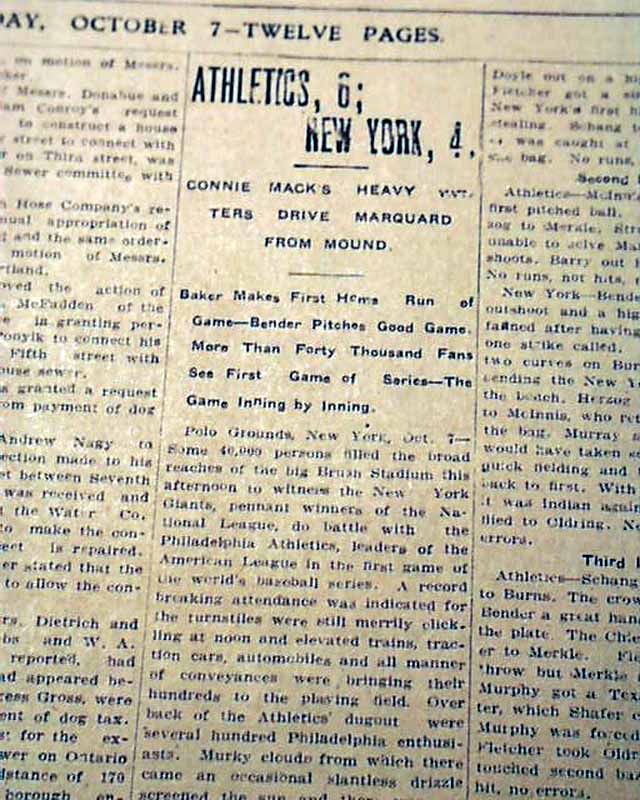 
THE GLOBE, South Bethlehem, Pennsylvania, a set of five issues dated October 7, 8, 9, 10, 11, 1913, each containing on the front page a report of that day's World Series game between the Philadelphia Athletics and the New York Giants, the Athletics winning 4 games to 1. Christy Mathewson was one of the greats featured in this Series.
Each issue complete in 12 or 16 pages, a bit loose at the spine, good condition.