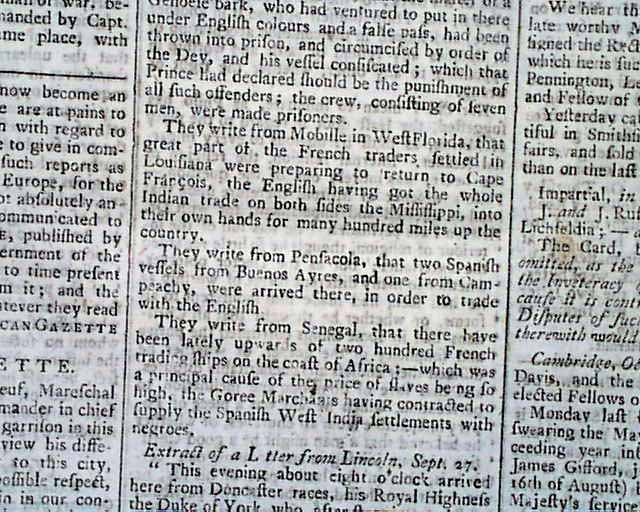 
THE LONDON CHRONICLE, London, October 4, 1766 Page five has a story about Mr. Wildman who is able to "control" bees. This is written by a gentleman who attended an event and witnessed how he was able to handle them without being stung, and hearing the nay-sayers staying how he was able to do so. Also on the same page is an article on how the application of salt to wounds made by the biting of rattle snakes healed the person.
The backpage has a small report from West Florida on the French traders in Louisiana. Also from Senegal of "... there have been lately upwards of two hundred French trading ships on the coast of Africa; -- which was a principal cause of the price of slaves being so high, the Goree Merchants having contracted to supply the Spanish West India settlements with negroes."
Complete in eight pages and in in nice condition. Full red-ink tax stamp.