Home > Back to Search Results > The Revolutionary War near Richmond...
Click image to enlarge 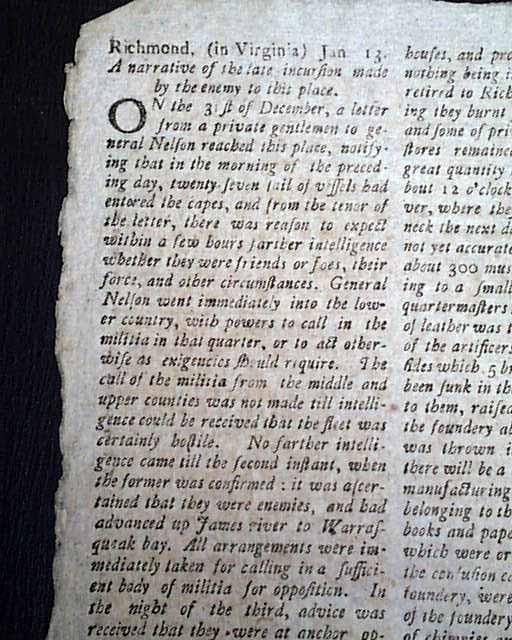 The front page has a report which includes: "...In the flag which arrived here last Thursday from New York came 30 American prisoners, belonging to different parts of New England, who are all sick and in a distressed situation; They left about 170 others in the prison ship, great part of whom are also sick..." & more (see).
Half of page 2 is a nice & detailed account from Richmond headed: "A narrative of the late incursion made by the enemy to this place." Page 2 also has a report concerning the mutinous Pennsylvania troops from near Princeton, New Jersey (see).  Other items relating to the Revolutionary War as well.
Four pages, never  bound nor trimmed, mild wear at folds causing minor loss at the very top of the front leaf & a tiny hold at the fold juncture, otherwise nice condition.