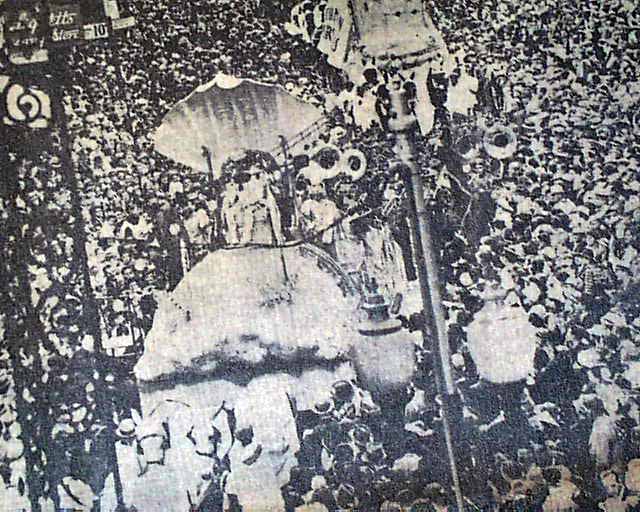 For Mardi Gras collectors the festivities at New Orleans are of prime importance during the days before the beginning of Lent. Newspaper accounts from across the country report the doings in New Orleans, but having a New Orleans newspaper reporting the Mardi Gras is about as good as could be expected.
This issue features a banner headline across the front page: "CARNIVAL CAPITAL CELEBRATES MARDI GRAS JOYOUSLY" with an uncommonly large front page photo headed: "Parade of Rex Pictured Through Iron Lace of Old New Orleans" with various front page text on the parade of Tuesday.
Terrific to have this report in a New Orleans newspaper, and with not only a front page banner headline but a large photo as well. This parade was the climax of the entire Mardi Gras celebration.
Complete in 24 pages, light browning with tiny binding holes at the blank spine margin, otherwise in good condition.