Home > Back to Search Results > Richard Parker the mutineer is executed...
Click image to enlarge 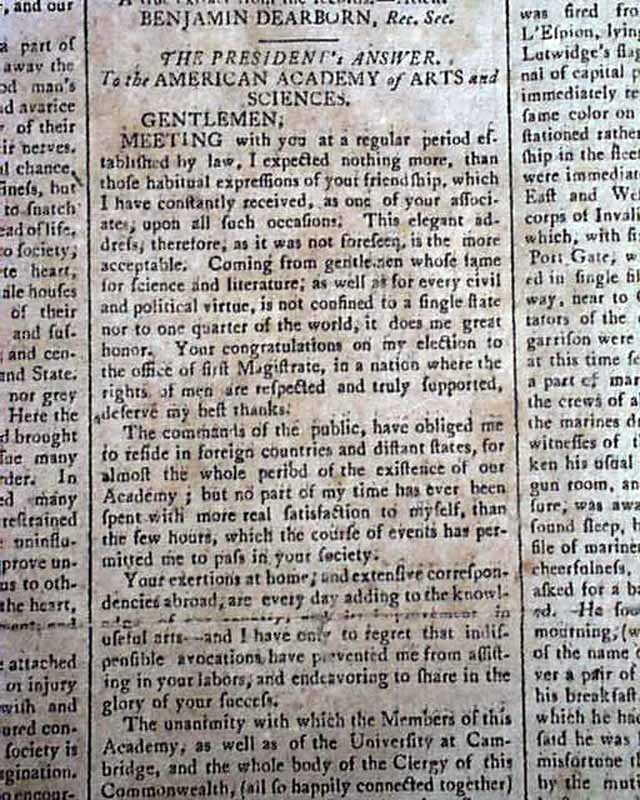 Richard Parker the mutineer is executed...

The front page has: "Execution of Parker, the Mutineer", a rather infamous British sailor who was executed for his role as president of the so-called "Floating Republic", a naval mutiny in the Royal Navy (see hyperlink for much more).  Also an address to the President from the American Academy of Arts & Sciences, with his response signed in type: John Adams.
Four pages, loss to a lower corner, some wear at folds, foxing.