Home > Back to Search Results > Capture of Bucharest in World War I...
Click image to enlarge 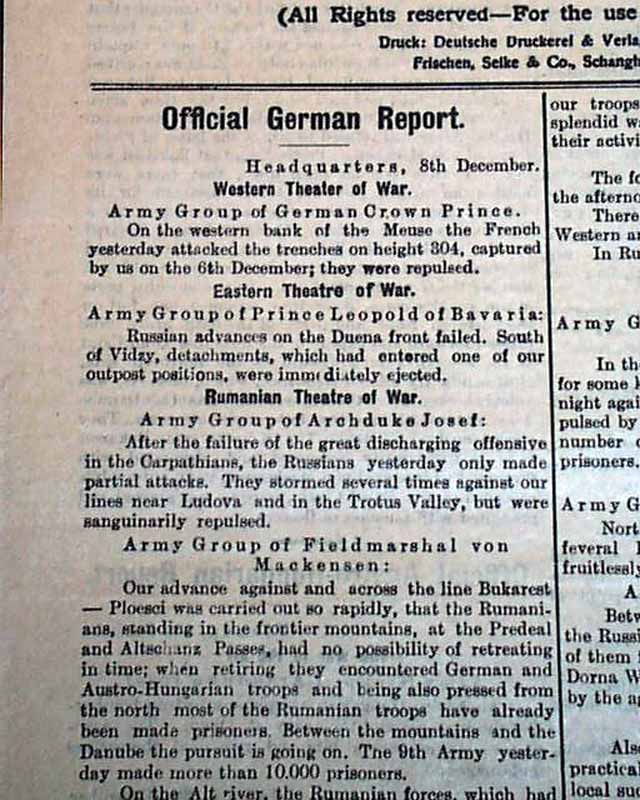 Capture of Bucharest in World War I...


DER OSTASIATISCHE LLOYD [East Asian Lloyd], Shanghai. As noted at the top this is the "Supplement to 'The War' ", an international paper. No date at the top but most of the reports have datelines in December, the year actually being 1916. This edition printed totally in English. Much of the content relates to the capture of Bucharest, capital of Romania, by the Austro-German, ending the Romanian resistance to the Austro-German invasion during World War I.
Four pages, 9 by 13 1/4 inches, very nice condition.