Home > Back to Search Results > Quite uncommon from London...
Click image to enlarge 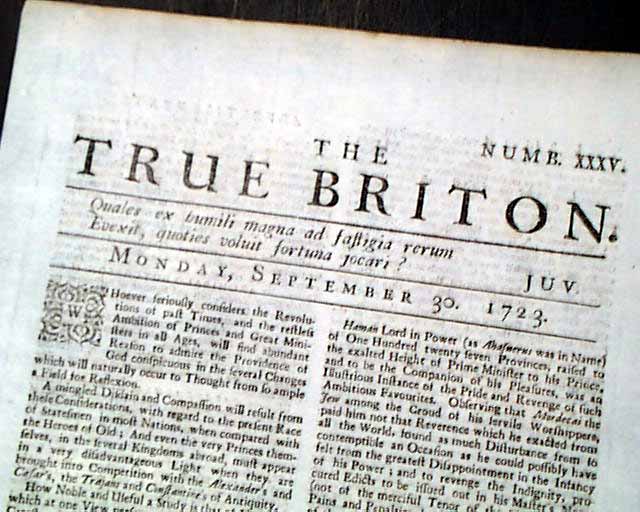 Quite uncommon from London...

A quite uncommon single sheet newspaper which has comparatively large lettering in the masthead. Rather than present news reports, this newspaper  is almost entirely editorial, with much on politics. Half of the back page includes various "Advertisements".
Complete as a single sheet, wide margins, various dirtiness to the ftpg., partial red tax stamp to the bkpg.partial red tax stamp on the back page very nice condition.