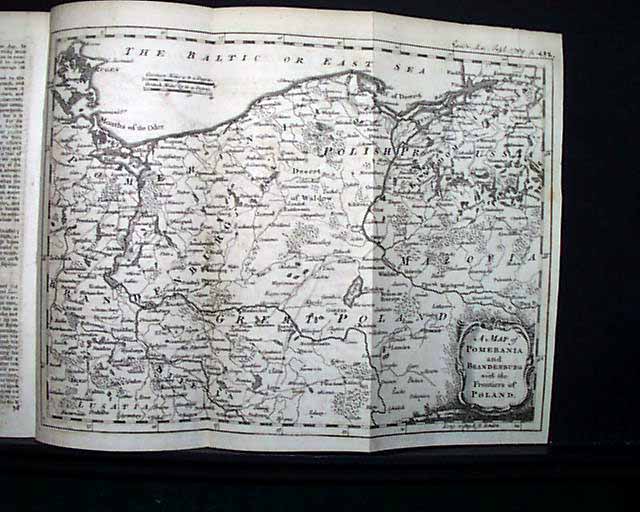 Item # 630034
THE GENTLEMAN'S MAGAZINE, London, September, 1759  An inside page contains a great report on one of the more significant battles of the French & Indian War, headed: "Letter from Maj. Gen. Amherst to Mr. Secretary Pitt, dated Crown Point, August 5" which gives a day-by-day account of the siege at Fort St. Frederick from July 27 to August 5, with some of the reports near the end reading: "...I however arrived at Crown Point before the evening, landed & posted all the corps, some encamped, & some lay on their arms. At night Lt. Moncrieff...arrived with a letter from Sir William Johnson, enclosing the capitulation of Niagara...This post secures entirely all his Majesty's dominions that are behind it from the inroads of the enemy & the scalping parties that have infested the whole country..." This is followed by a: "Letter from Sir Wm. Johnson to Major Gen. Amherst dated Niagara 25th of July, 1759" and this is followed by: "Articles of Capitulation granted to the Garrison of Niagara, Inclosed in Sir Wm. Johnson's Letter to Major Gen. Amherst of the 25th of July". During this siege, the French ultimately blew up their Fort St. Frederick at Crown Point & retreat down river.
Complete in 46 pgs. with full title/index page, measures about 5 by 8 1/2 inches, includes both of the plates called for, in nice condition.