Home > Back to Search Results > Mexicans refuse to negotiate with the Texans...
Click image to enlarge 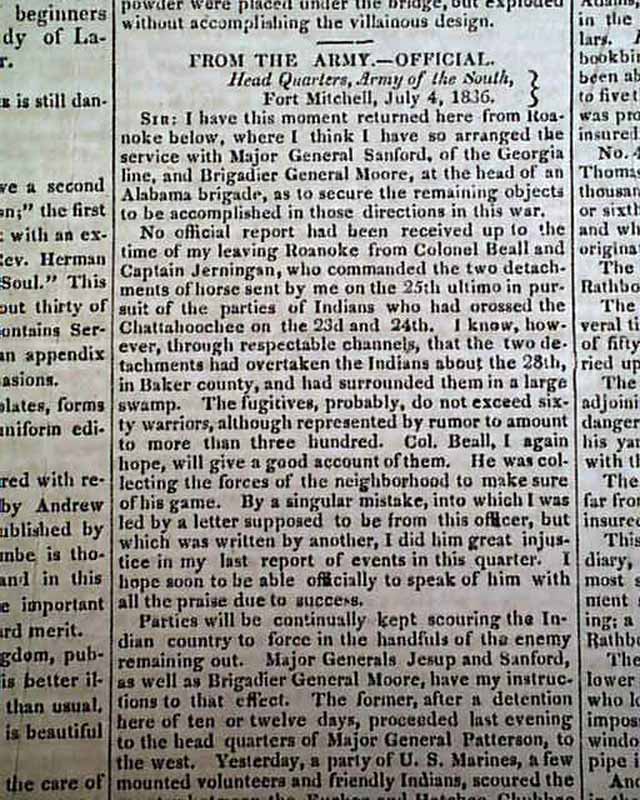 Mexicans refuse to negotiate with the Texans...

Page 3 has: "From The Army--Official" which is a report from Fort Mitchell (Alabama) & signed in type by: Winfield Scott, concerning various actions with the Indians. Also: "Texas"  which mentions: "...to negotiate an exchange of prisoners had been seized by the Mexican authorities & imprisoned. The Mexicans positively refuse to enter into any treaty with the Texians..." with more (see).
Four pages, never bound nor trimmed, minor fold foxing, nice condition.