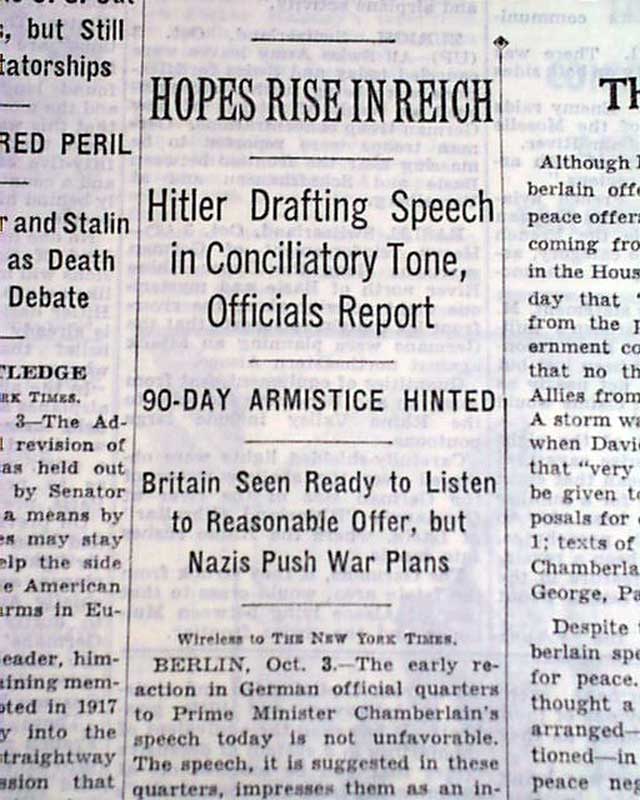 The front page has a four column headline: "CHAMBERLAIN BARS HITLER PLEDGES; SAYS THREATS WILL  NOT SWAY ALLIES; NAZIS SEE IN TALK CHANCE FOR TRUCE" with subheads. (see) Lengthy coverage continues inside with full text of the Prime Minister's speech at the House of Commons. Always nice to have notable events in history reported in this World famous publication. Page 18 has a rather large Camel cigarette ad featuring Joe DiMaggio and Bucky Walters, which is displayable.
Other news, sports and advertisements of the day. Complete in 52 pages, this is the rare rag edition that was produced on very high quality newsprint, with a high percentage of cotton & linen content, allowing the issues to remain very white & sturdy into the present. Given the subscription cost, libraries & institutions rather than individuals were the primary subscribers of these high-quality editions. Nice condition.