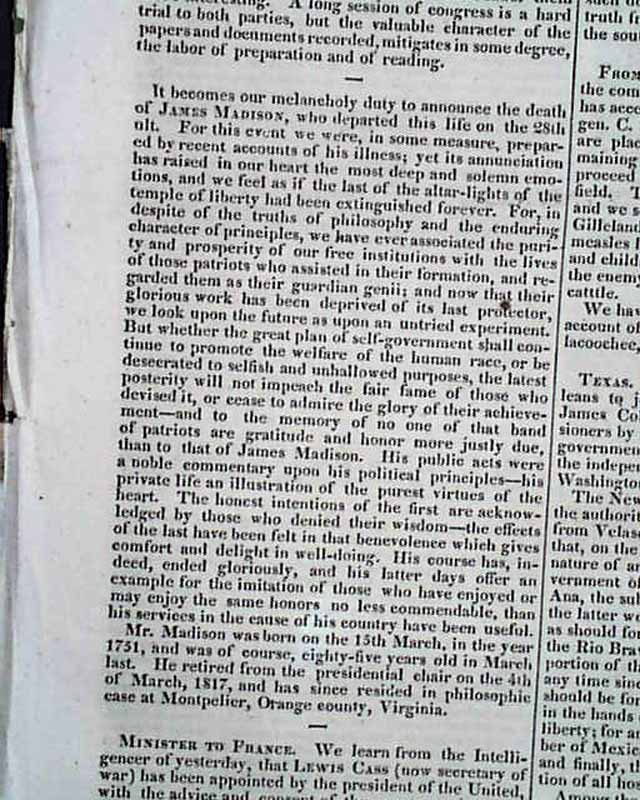 
NILES' WEEKLY REGISTER, Baltimore, July 2, 1836  A front page report begins: "It becomes our melancholy duty to announce the death of James Madison, who departed this life on the 28th ult..." More, plus a reference to the "great plan of government" and an acknowledgment of Madison's contribution to the plan: "...and to the memory of no one of that band of patriots are gratitude and honor more justly due, than that of James Madison..." The report concludes: "...He retired from the presidential chair on the 4th of March, 1817, and has since resided in philosophic ease at Montpelier, Orange county, Virginia." (see photos).
Other news of the day includes: "The Creek War" "Florida War" "Santa Anna's Vindication" and more.
Sixteen pages, 6 by 9 1/2 inches, very nice condition.