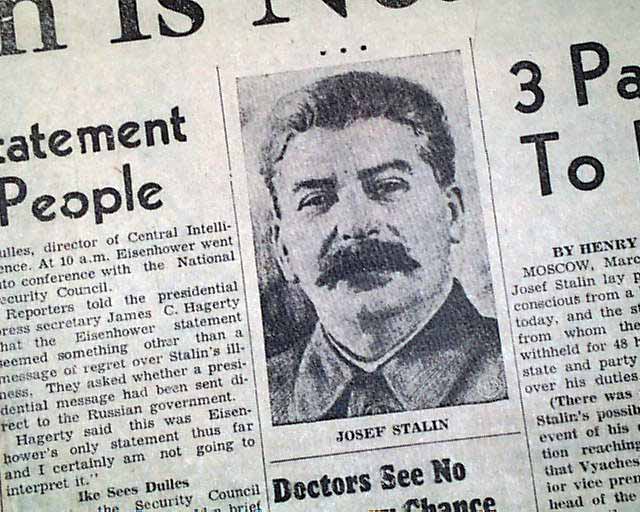 This 6 page newspaper has a five column headline on the front page: "Stalin Is Near Death" with subheads and photo of Stalin.

Other news of the day. Light browning with little spine wear, otherwise nice.