Home > Back to Search Results > Jesse Owens shines at the Berlin Olympics...
Click image to enlarge 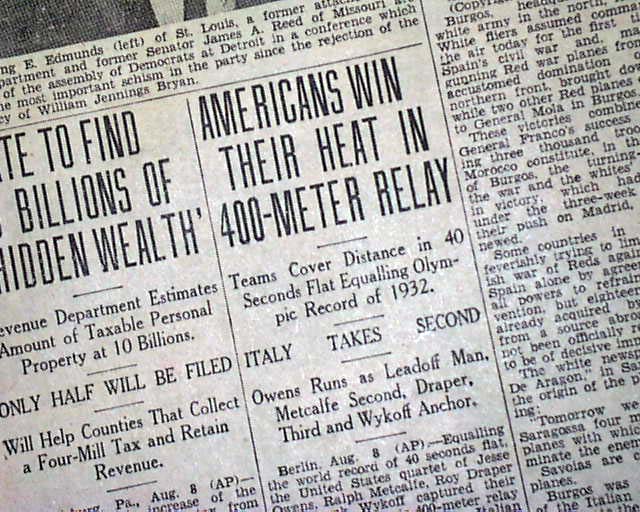 The front page has a one column heading: "AMERICANS WIN THEIR HEAT IN 400-METER RELAY" with subheads. (See)
But what makes this issue special in a great banner headline on page 8 that announces: "OWENS AIDS MATES IN RELAY VICTORY" (see) Very nice for display here.
A sidebar to the Olympic games was Adolph Hitler's refusal to acknowledge the achievements of the African-American athletes, not surprising given his belief that only his superior German Aryan race would dominate at the games.
Other news, sports and advertisements of the day. Complete in 14 pages, a few small binding slits along the spine, very nice condition.