Home > Back to Search Results > United Nations Founded in 1945...
Click image to enlarge 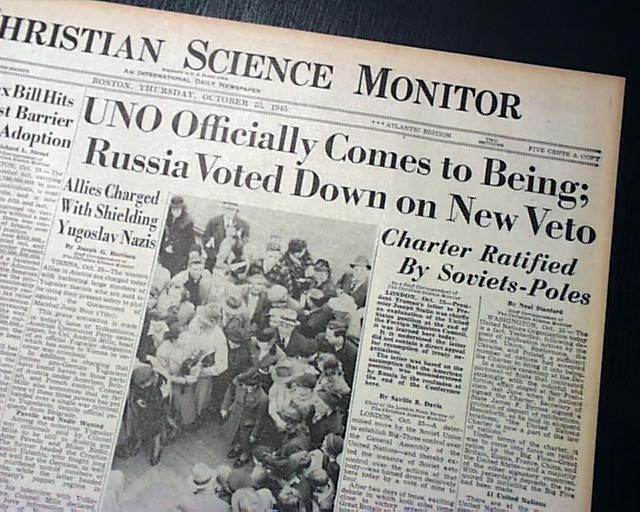 The front page has a five column headline: "UNO Officially comes to Being; Russia Voted Down on New Veto" with subhead. (see) First report coverage on the United Nations organization being established.
Other news of the day. Complete in 10 pages, a little irregular along the spine, nice condition.

wikipedia notes: The United Nations (UN) is an intergovernmental organization to promote international co-operation. A replacement for the ineffective League of Nations, the organization was established on 24 October 1945 after World War II in order to prevent another such conflict.