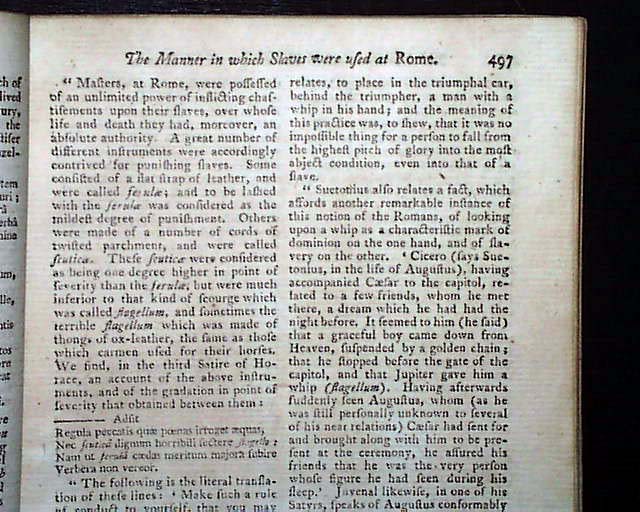 Item # 628946 GENTLEMAN'S MAGAZINE, London, June, 1788  Among the articles are: "The Manner in Which Slaves Were Used at Rome" "Report on Slave Trade from Committee of Pennsylvania Assembly" "Original Letter from Dr. Rush of Philadelphia" signed in type: Benj. Rush. A report beginning: "Mr. John Wesley preached in the parish church of Bradford. His text was, 'The end of all things is at hand..." (see). Near the back is nearly half of page of news items headed: "America" including a report of Indian skirmishes, with detail (see).
Included are the 3 plates called for which including a print of the remains of Longtown Castle.
Complete in 96 pages, full title/contents page with an engraving of St. John's Gate, 5 by 8 1/4 inches, great condition.