Home > Back to Search Results > Communists take over Czechoslovakia.....
Click image to enlarge 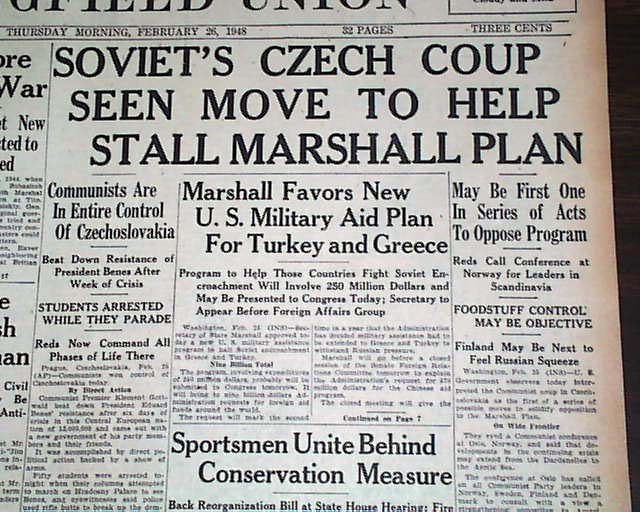 The front page has the 3 -line, 4-banner heading:: "SOVIET'S CZECH COUP SEEN MOVE TO HELP STALL MARSHALL PLAN" with many subheads that include: "May Be First One In Series of Acts To Oppose Program", "Communists Are In Entire Control Of Czechoslovakia", "Reds Rule 110,000,000 More People Than at Start of War", and more. Other news of the day throughout. Complete in 32 pages and in very good condition.