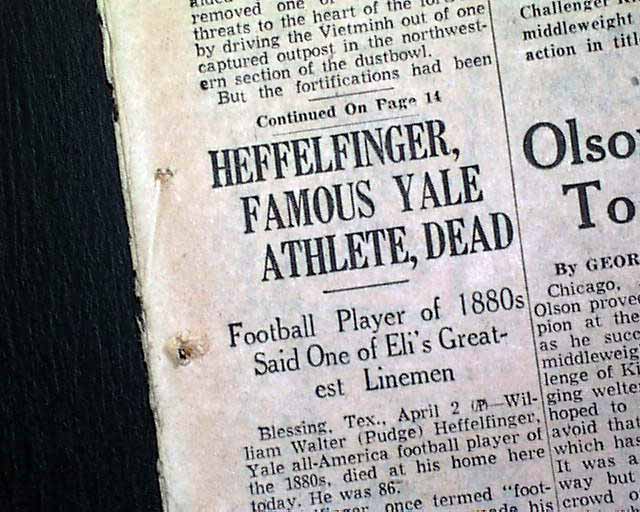 The front page has one column headings: "HEFFELFINGER, FAMOUS YALE ATHLETE, DEAD", "Football Player of 1880s Said One of Eli's Greatest Linemen". This is 1st report coverage on the death of William "Pudge" Heffelfinger. Not shown is the page 14 photo and corresponding report of the death of highly decorated and distinguished General Hoyt S. Vanderberg who had struggled with cancer.