Home > Back to Search Results > Brown vs. Board of Education "day of" reporting... The death of the "father of the Blitzkrieg" Heinz Guderian... Panzer Armies....
Click image to enlarge 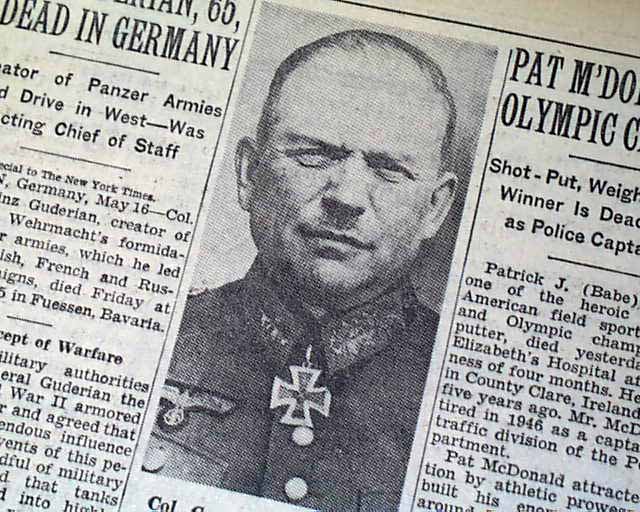 The death of the "father of the Blitzkrieg" Heinz Guderian... Panzer Armies....

This 42 page newspaper has one column headlines on page 23: "GEN. GUDERIAN, 65, DEAD IN GERMANY", "Creator of Panzer Armies Led Drive in West--Was Acting Chief of Staff" with smaller subheads and photo of Guderian (see photos). He is known as the "Father of the Blitzkrieg". Page 2 has, "Bias Decision Awaited", with supporting text which mentions that the Supreme Court had yet to announce their decision in regards to Brown vs. Board of Education. Significant in that by the time this Late City Edition had hit the streets of New York, the decision had been made.