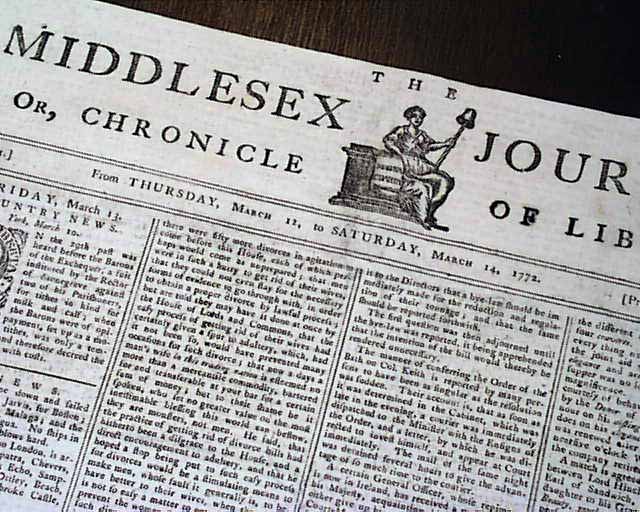 
THE MIDDLESEX JOURNAL OR CHRONICLE OF LIBERTY, England, March 14, 1772  Nice engraving in the masthead. Page 2 has a letter from New York noting: "Gov. Tryon has issued a Proclamation setting forth the right this province has to lands heretofore granted by New Hampshire & that...Royal Order in 1764 declared the western bank of the river Connecticut..." with more on a border dispute.
Four pages, nice condition.