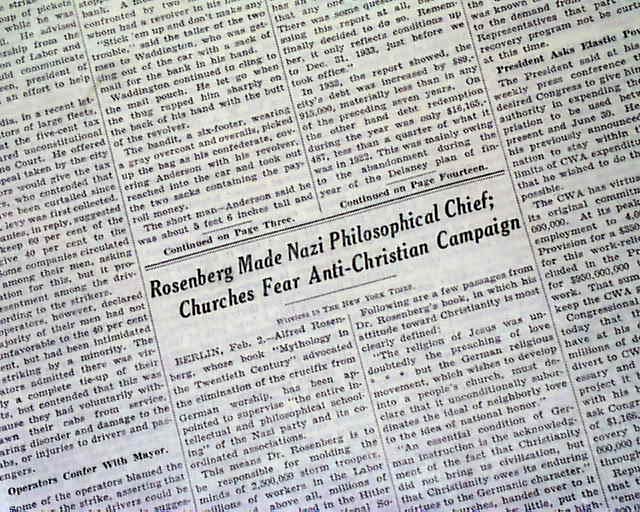 Near the bottom of the front page is a two column heading: "Rosenberg Made Nazi Philosophical Chief; Churches Fear Anti-Christian Campaign" (see)
Page 3 has one column headings "Dillinger Is Reindicted" "Faces Death Penalty in Murder of Patrolman O'Malley" This was when he predicted they could not hold him & soon after, he escaped with his famous wooden gun at Crown Point Jail in Indiana. Always nice to have notable events in history reported in this World famous publication.
Other news, sports and advertisements of the day. Complete in 30 pages, this is the rare rag edition that was produced on very high quality newsprint, with a high percentage of cotton & linen content, allowing the issues to remain very white & sturdy into the present. Given the subscription cost, libraries & institutions rather than individuals were the primary subscribers of these high-quality editions. Nice condition.