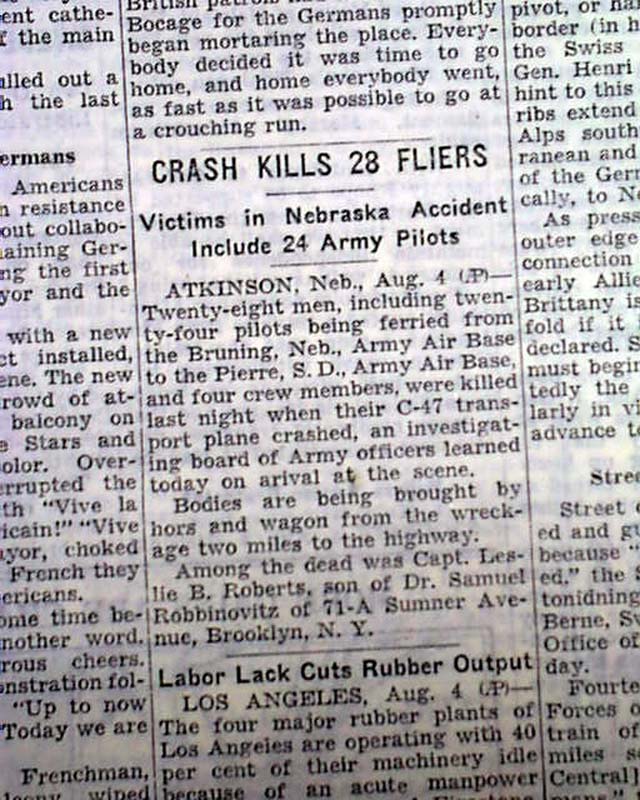 Page 3 has small one column headings: "CRASH KILLS 28 FLIERS" "Victims in Nebraska Accident Include 24 Army Pilots" (see) First report coverage on the C-47 transport plane crash near Naper, Nebraska. I suspect this is one of the few publications to report this particular event as other titles in our inventory do not.
Other news, sports and advertisements of the day with much on World War II including front page reporting on the Adolph Hitler purge in Germany shortly after his famous assassination attempt. Complete in 24 pages, this is the rare rag edition that was produced on very high quality newsprint, with a high percentage of cotton & linen content, allowing the issues to remain very white & sturdy into the present. Given the subscription cost, libraries & institutions rather than individuals were the primary subscribers of these high-quality editions. Very nice condition.