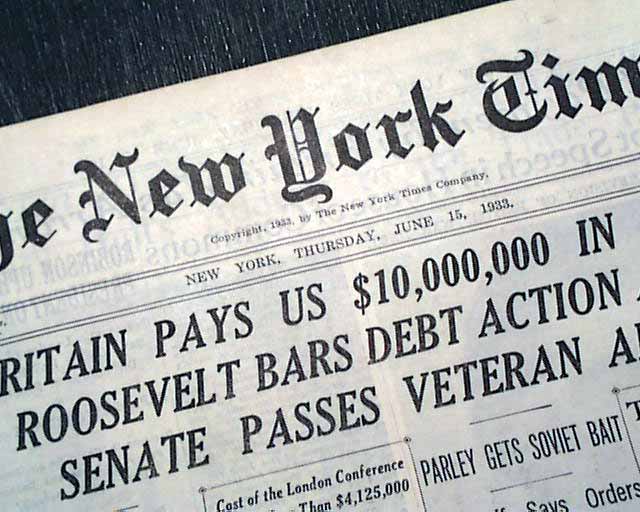 The sport's section (page 24) has one column headings that include: "Yanks Lose" "RED SOX TRIUMPH OVER YANKEES, 13-5" "New York Suffers Third Setback in Boston After Five-Run Drive in Seventh" and more. Within the report it mentions that manager Joe McCarthy and Yankee star Lou Gehrig were both ejected from the game for poor conduct. (see) Joe McCarthy would be suspended for 3 games and fortunately for Gehrig, he would not, so his consecutive game streak would continue. Always nice to have notable events in history reported in this World famous publication, especially on this topic.
Other news, sports and advertisements of the day. Complete in 38 pages, this is the rare rag edition that was produced on very high quality newsprint, with a high percentage of cotton & linen content, allowing the issues to remain very white & sturdy into the present. Given the subscription cost, libraries & institutions rather than individuals were the primary subscribers of these high-quality editions. Nice condition.