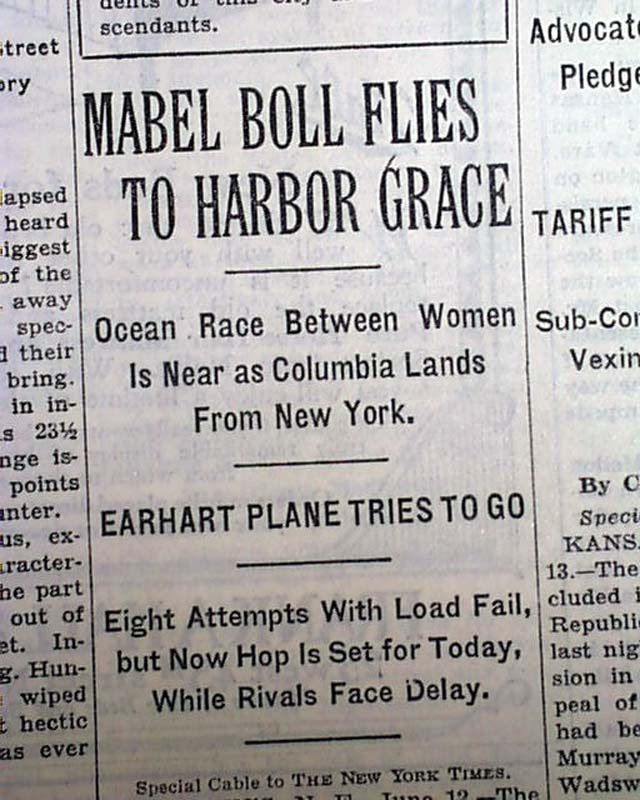 Less than 13 months after Charles Lindbergh's heralded accomplishment, Amelia Earhart became the first woman to achieve the feat. The front page has one column headings: "MABEL BOLL FLIES TO HARBOR GRACE" "Ocean Race Between Women Is Near as Columbia Lands From New York" "Earhart Plane Tries To Go" and more. (see) Weather was a problem but Earhart and crew would finally make a successful takeoff in 4 days. Lengthy text.
Other news, sports and advertisements of the day. Complete in 56 pages, this is the rare rag edition that was produced on very high quality newsprint, with a high percentage of cotton & linen content, allowing the issues to remain very white & sturdy into the present. Given the subscription cost, libraries & institutions rather than individuals were the primary subscribers of these high-quality editions. Nice condition.