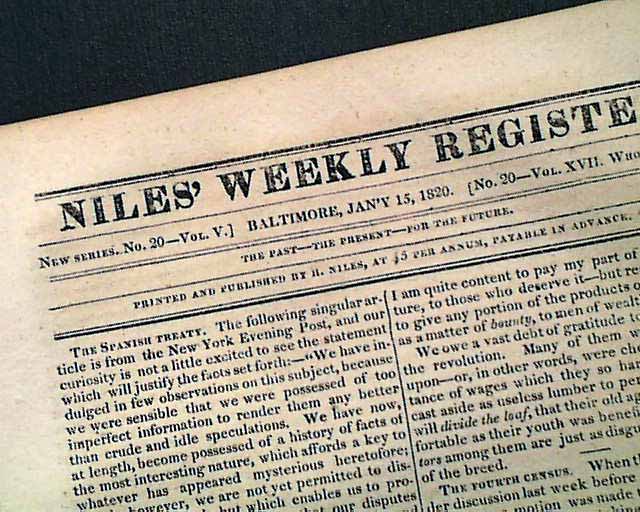 * Early report on exploring the Yellowstone

Certainly the best article in this issue is the lengthy report headed: "Expedition to the Yellow Stone" which has some great detail on this expedition, which is a very early report. The text takes over 3 pages and includes a half pg. chart headed: "Statement Showing the Movement of the Troops composing the Missouri & Mississippi Expedition in the course of the year 1819" (see photos for portions).
Among other reports in this issue are: "The Spanish Treaty," "Domestic Industry," and various reports from Congress including a note signed in type: James Monroe.
Sixteen pages, 6 1/4 by 9 1/2 inches, very nice condition.