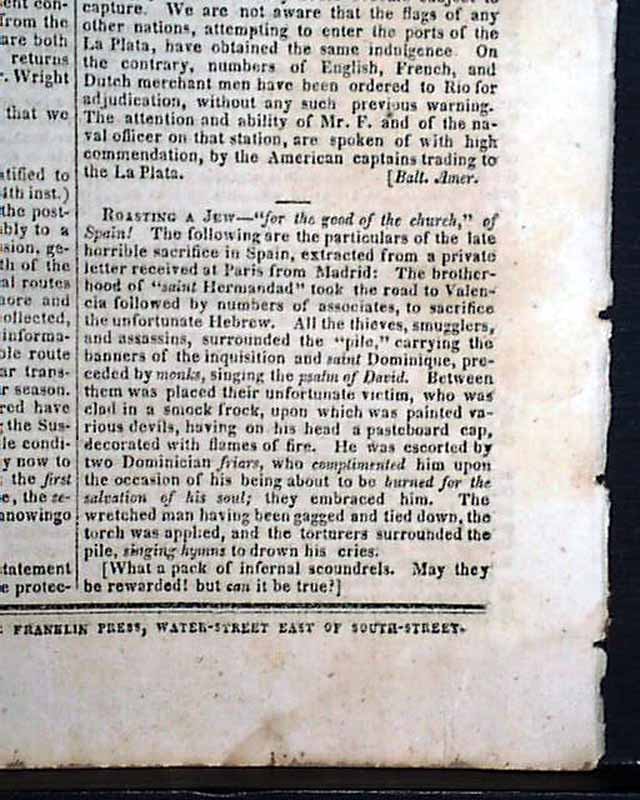 
NILES' WEEKLY REGISTER, Baltimore, Oct. 21, 1826  The back page includes  has a item concerning the burning of a Jewish man, with a small head: "Roasting A Jew--for the good of the church of Spain!" portions including: "...to sacrifice the unfortunate Hebrew. All the thieves, smugglers and assassins surrounded the 'pile' carrying the banners of the inquisition & saint Dominique, preceded by monks...Between them was placed their unfortunate victim...The wretched man having been gagged and tied down, the torch was applied...". The editor added a note: "What a pack of infernal scoundrels. May they be rewarded! but can it be true?" (see photos).
Other various news of the day in this issue including: "Treaty With Denmark" which takes several pages and is signed in type: John Quincy Adams.
Sixteen pages, 6 1/4 by 9 1/2  inches, bit of foxing, good condition.