Home > Back to Search Results > Rabbi From Jerusalem Arrives in Charleston...
Click image to enlarge 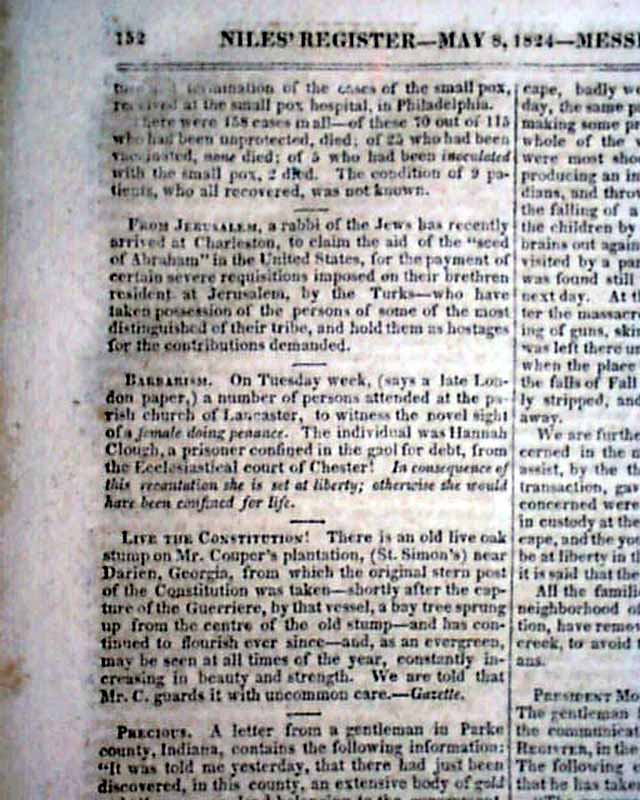 Rabbi From Jerusalem Arrives in Charleston...

* Rabbi arrives in Charleston from Jerusalem

One of the articles in this issue reads: "From Jerusalem, a rabbi of the Jews has recently arrived at Charleston to claim the aid of the 'seed of Abraham' in the United States, for the payment of certain severe requisitions imposed on their brethren resident at Jerusalem, by the Turks--who have taken possession of the persons of some of the most distinguished of their tribe, and hold them as hostages for the contributions demanded."

This issue is complete in 16 pages, measures about 6 1/4 by 9 3/4 inches with very lite foxing, otherwise in very nice condition.