Home > Back to Search Results > Predicting the Battle of Fredericksburg...
Click image to enlarge 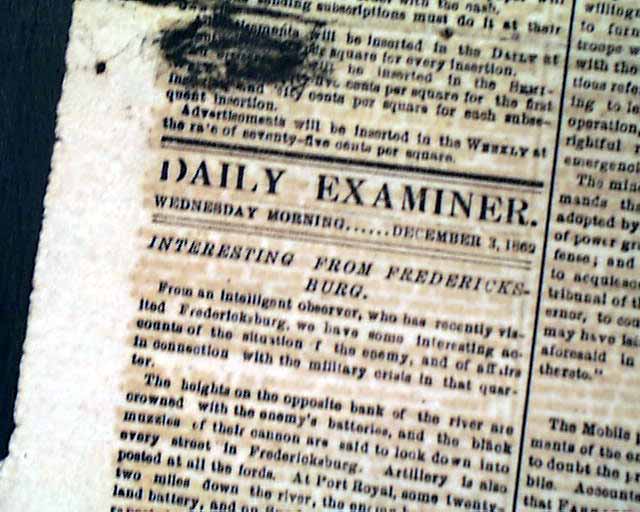 Predicting the Battle of Fredericksburg...


DAILY RICHMOND EXAMINER, Virginia, Dec. 3, 1862  A nice newspaper from the capital of the Confederacy. The front page has: "Interesting From Fredericksburg" "The Southwest--Grant's Army" "Louisiana" "Missouri--Her Record" "The Seacoast" "The Conscription Controversy In Georgia" "the Court Martial on Gen. Van Dorn" "The Particulars of the Murder of Mr. Talley in Hanover, & the Hanging of the Negro Murderer, Lewis, by the Citizens--Dreadful Incidents of the Murder & the Execution" "Meeting of Refugees from Fredericksburg" "A Prisoner Shot by the Guard" and a few other smaller items.
The back page includes the always-interesting editorial, this one focused on the upcoming battle at Fredericksburg, the editorial beginning: "The war is evidently approaching another crisis. All intelligence, from every quarter, indicates the imminence of a great struggle in the neighbourhood of Fredericksburg. The entire Northern population forces Burnside on his fate. He has no retreat, save through the door of disaster and disgrace..." with much more on this (see). The bkpg. also has: "Additional From the North" which has more war reports, and: "McClellan In New York--His Visit to the Public Schools..." "A Notice and Speech of General Pemberton" "Affairs About Norfolk" "Total Rebel Forces Under Arms" and other smaller items.
Complete as a single sheet newspaper, never bound nor trimmed, an ink smear near the spine of the ftpg. affects no mentioned report, very nice condition. 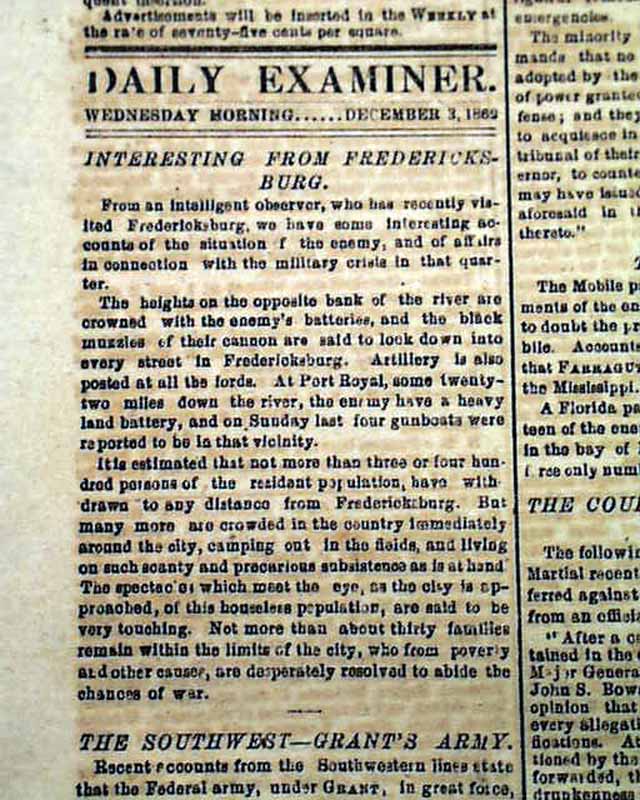 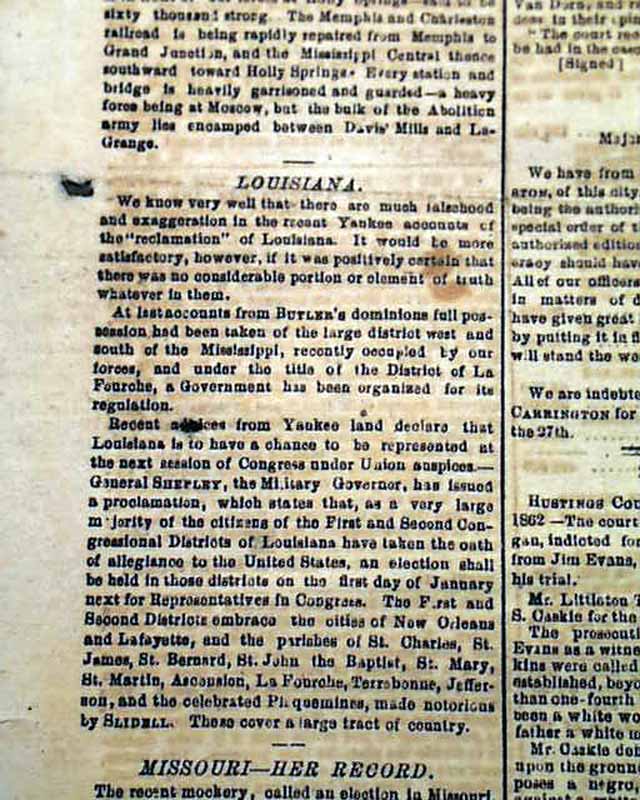 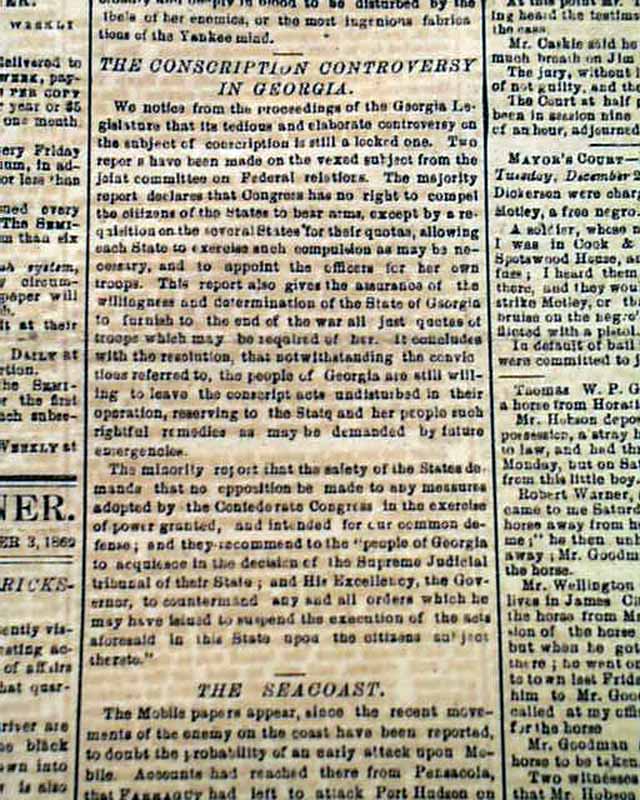 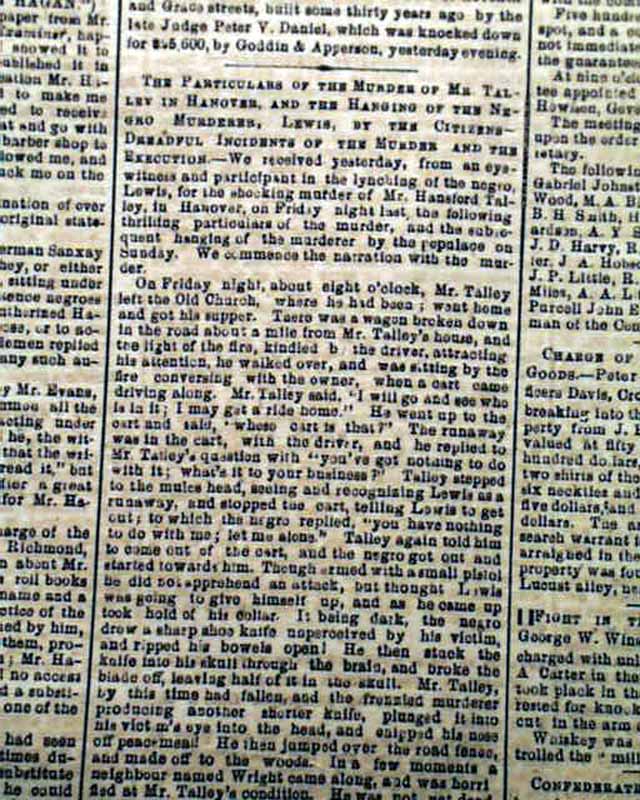 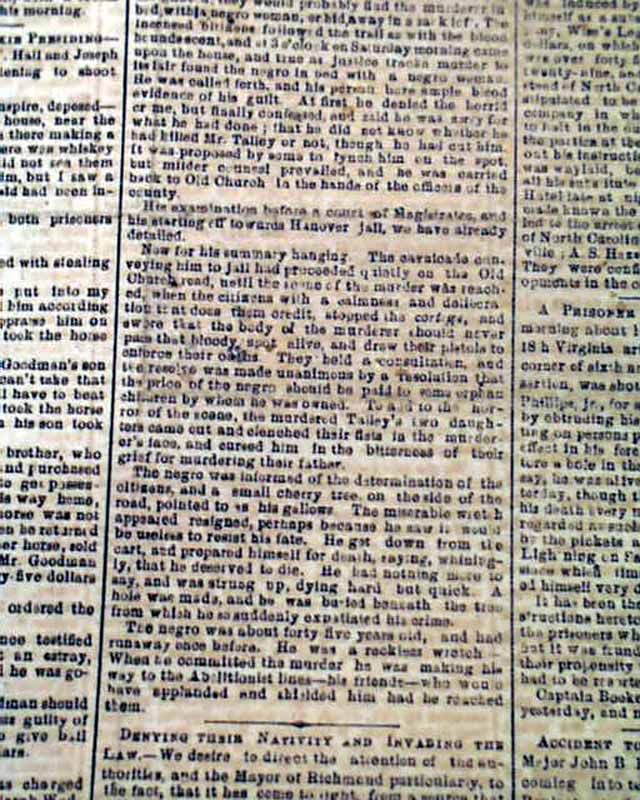 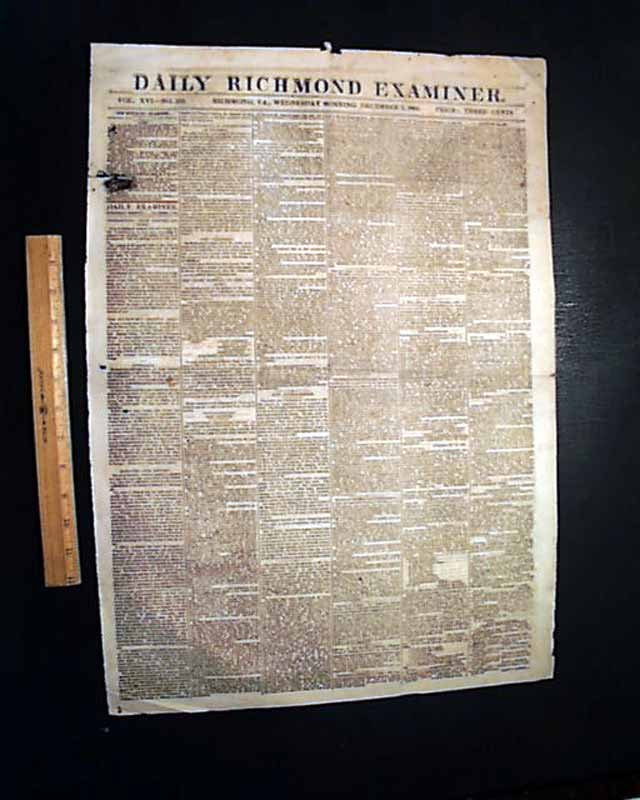 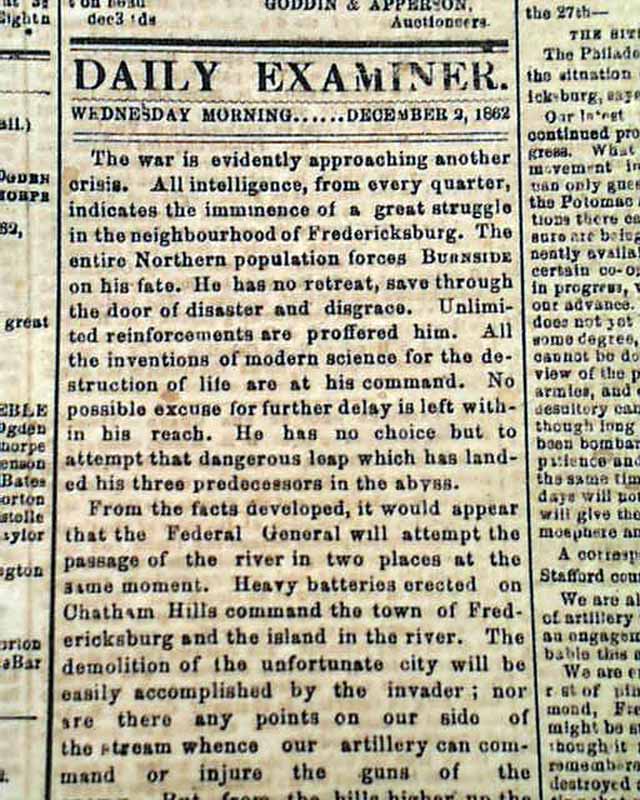 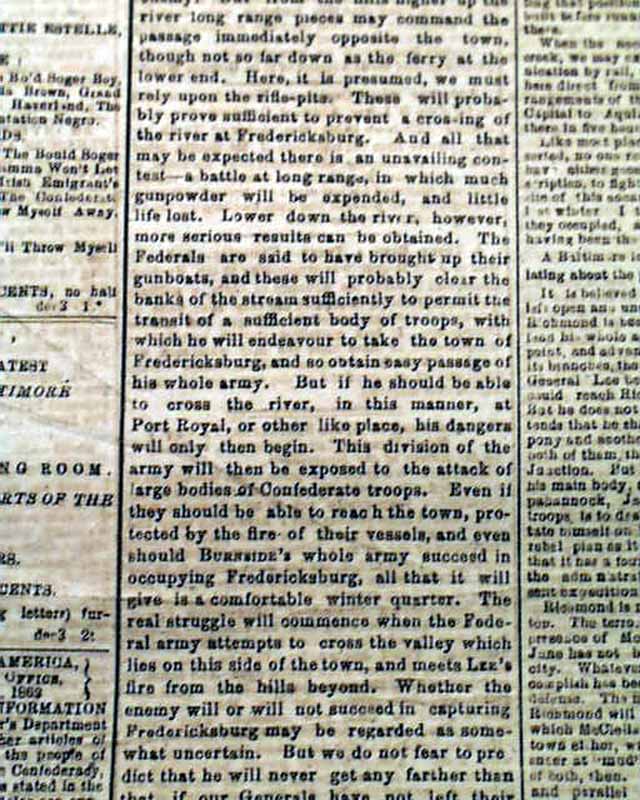 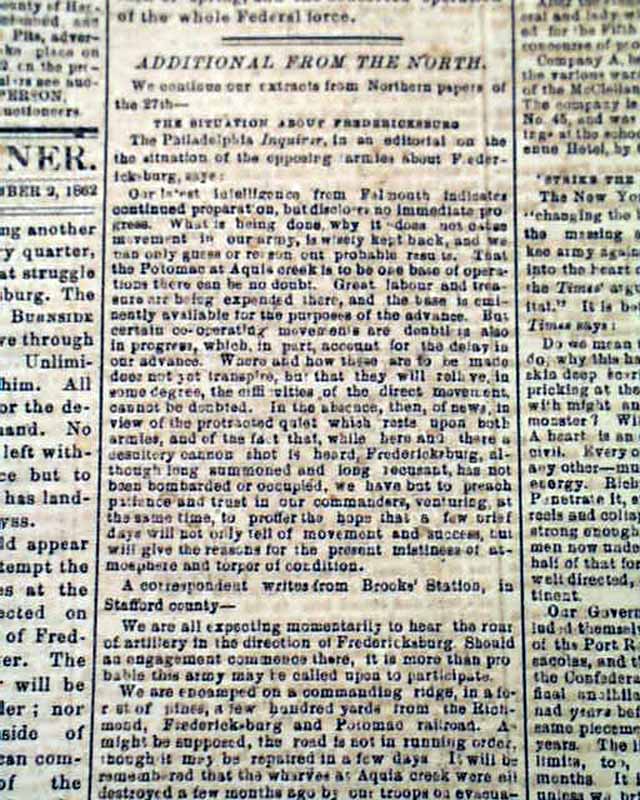 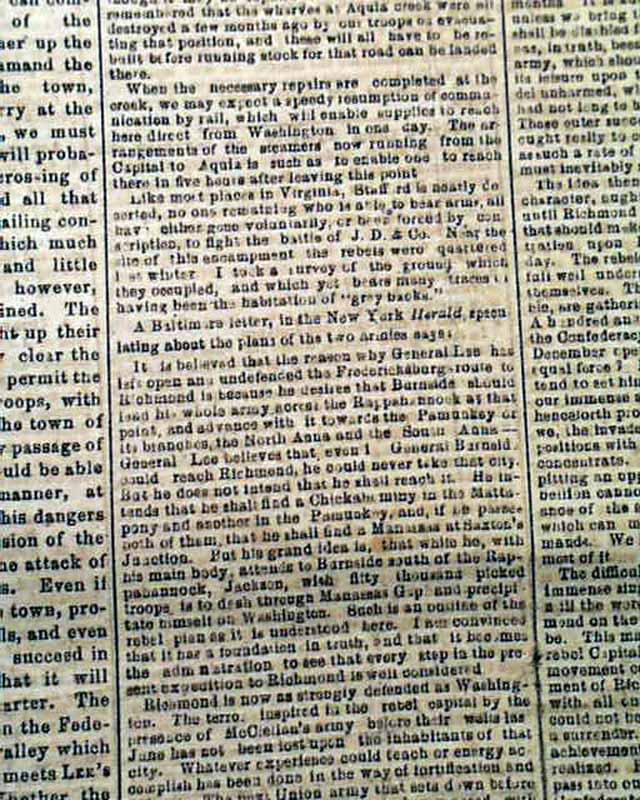