Home > Back to Search Results > A census of the Jews...
Click image to enlarge 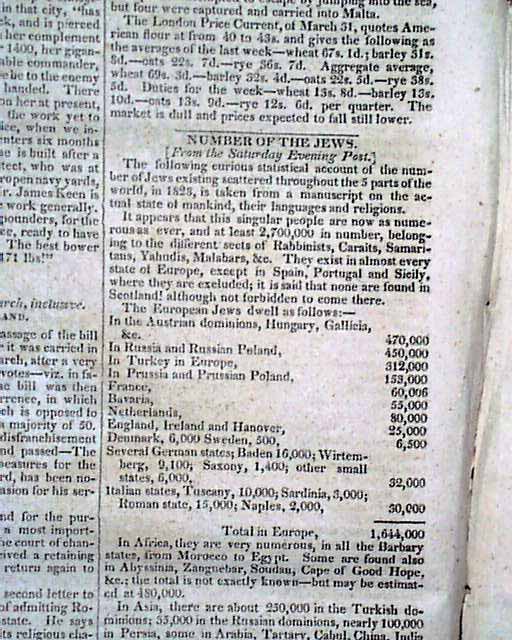 
NILES' WEEKLY REGISTER, Baltimore, May 9, 1829  One of the articles within is headed: "Number of The Jews" with the text beginning: "The following curious statistical account of the number of Jews existing scattered throughout the 5 parts of the world..." with the report including two columns of numbers by country or area (see).
Among the other reports in this issue are: "Gen. Lafayette" which includes a letter signed by him in type: Lafayette; "Slaves" "On the Employment of Females" "Gen. Houston, of Tennessee", 3 letters signed in type: Alexander Hamilton, and other items.
Complete in 16 pages, 6 1/4 by 9 3/4 inches, minor foxing, generally nice.