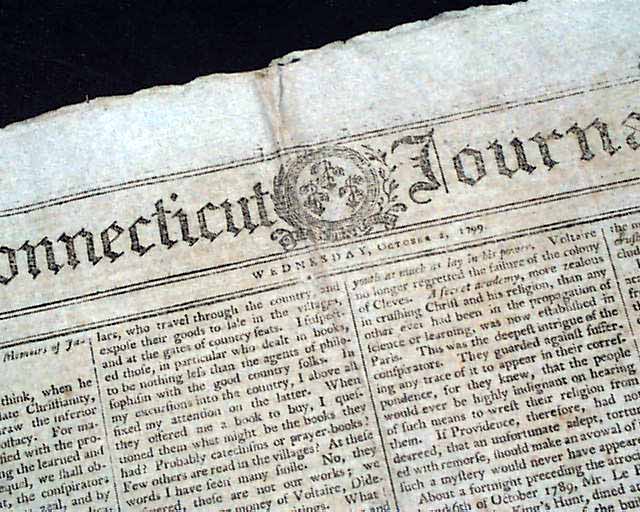 
CONNECTICUT JOURNAL, New Haven, Connecticut, October 2, 1799  Page 2 has a report headed "India" which begins: "War has commenced between the English and Tippoo...".
Page 3 has an ad: "Runaway from the subscriber...for the 4th time, an indented apprentice...".
The bkpg. has an ad: "Ten Dollars Reward" for a deserted soldier (see).
Four pages, never bound nor trimmed, very nice condition.