Home > Back to Search Results > "Beautiful Germany" in a Nazi newspaper...
Click image to enlarge 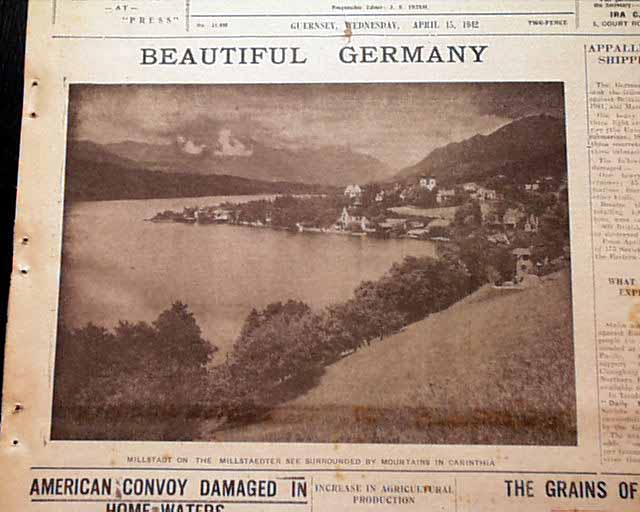 "Beautiful Germany" in a Nazi newspaper...


EVENING PRESS, Island of Guernsey, April 15, 1942  This four page newspaper was published on this island in the English Channel and was occupied by the Germans during most of WWII, from July 1, 1940 through May 9, 1945. During the Nazi occupation they took over this newspaper and filled it with pro-German propaganda, offering a unique insight into how the Axis reported the news during the war.
The headline: "Beautiful Germany" is above a large photo of the town of Millstadt. Also on the ftpg: "American Convoy Damaged In Home Waters" "175 Tanks Destroyed on Eastern Front" "Appalling British Shipping Losses" & more.
Four pages, 12 1/4 by 17 1/4 inches, nice condition.