Home > Back to Search Results > The Brink's bank robbery...
Click image to enlarge 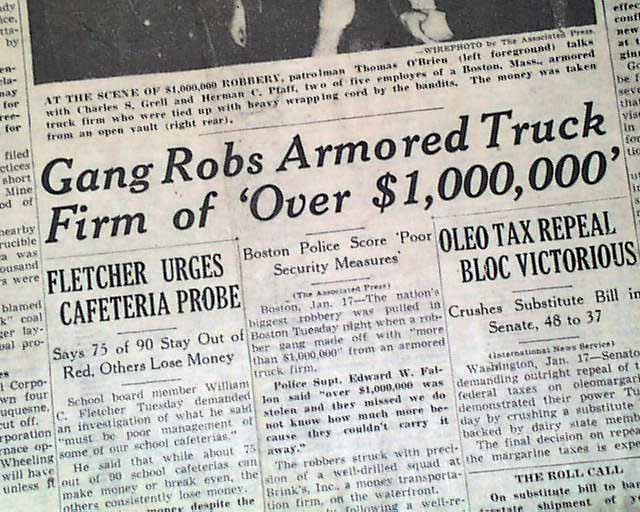 The front page has a three column, two line head: "Gang Robs Armored Truck Firm of 'Over $1,000,000' ". Just above this headline and report is a photo with the caption beginning: "At the scene of $1,000,000 robbery..." (see).
The Great Brink's Robbery was an armed robbery of the Brinks Building in Boston, committed just the day prior. It resulted in the theft of $1,218,211.19 in cash, and over $1.5-million in checks, money orders and other securities. At the time, it was--as this report notes--the largest robbery in the history of the United States. Skillfully executed with only a bare minimum of clues left at the crime scene, the robbery was billed as "the crime of the century".
Complete in 42 pages, very nice, clean condition save for some browning at the central fold.