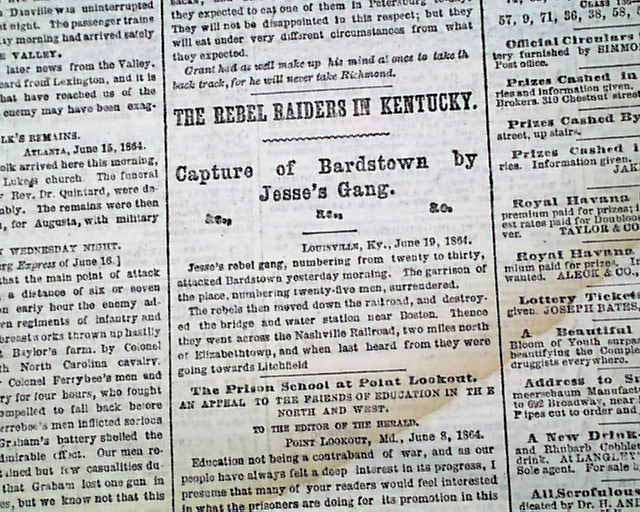 Page 5 has an intriguing report, albeit rather small, headed: "The Rebel Raiders In Kentucky" "Capture of Bardstown by Jesse's Gang". The full report can be seen in the photos below, beginning: "Jesse's rebel gang, numbering from twenty to thirty, attacked Bardstown yesterday morning..." with more. Although not mentioned by name as Jesse James, more than one website notes Jesse James spent much time in the Bardstown area.
During the Civil War Jesse was a member of the notorious William Quantrill gang and later was with "Bloody" Bill Anderson, raiding many of the towns in the western theater of the Civil War.
This would be the earliest mention of Jesse James we have found in a newspaper, and quite rare as such.
Complete in 8 pages, a water stain to the top one-third of the issue not remotely causing any loss of readability, otherwise in nice condition.