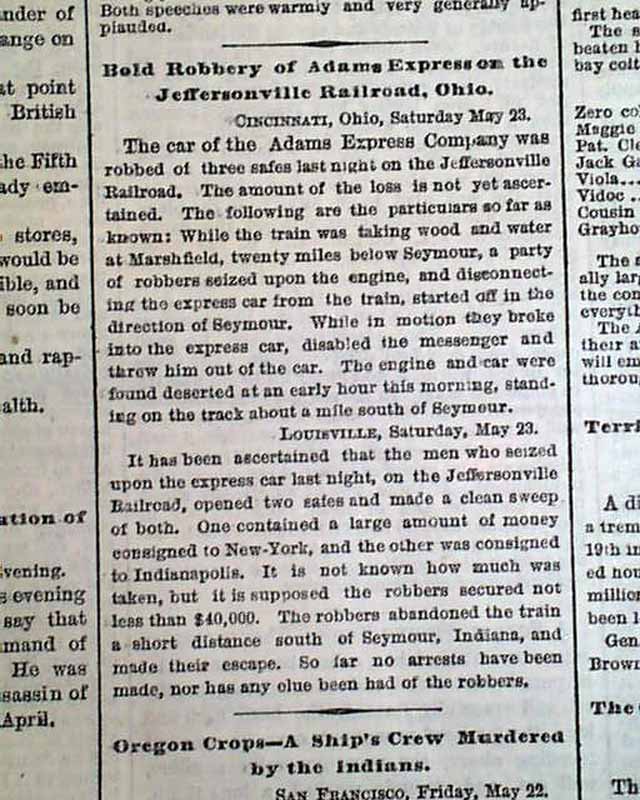 The front page has a report: "Bold Robbery of Adams Express on the Jeffersonville Railroad, Ohio". Report has details of the robbery, stating: "While the train was taking wood and water at Marshfield...a party of robbers seized upon the engine and disconnected the express car...in the direction of Seymour. While in motion, they broke into the express car, disabled the messenger, and threw him out of the car. The engine and the car were found deserted...".
There are more details in a second report, with mention that the robbers took less than $40,000. Although not mentioned in the reports this was the work of the infamous Reno Gang.
Eight pages, very nice condition. 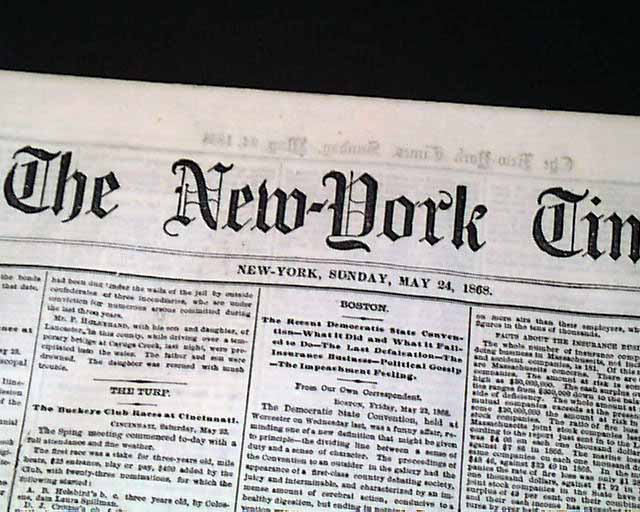 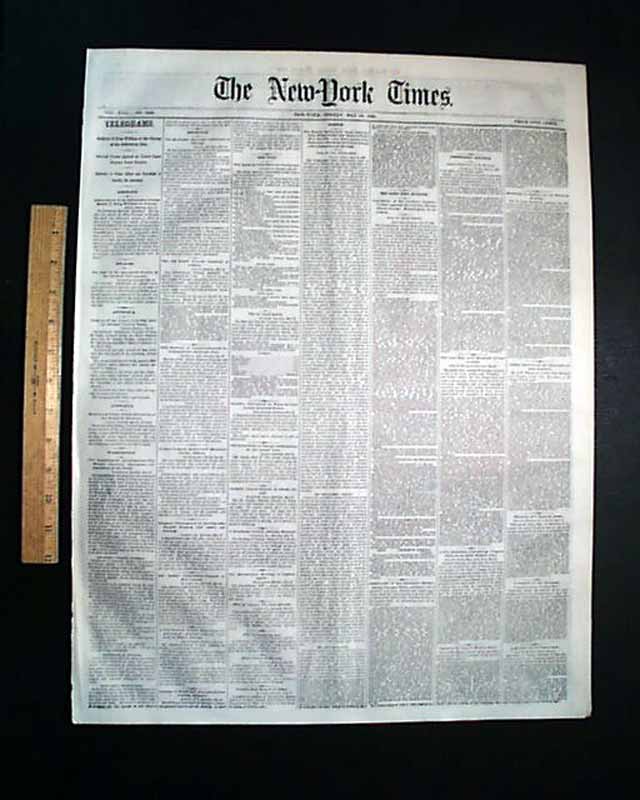 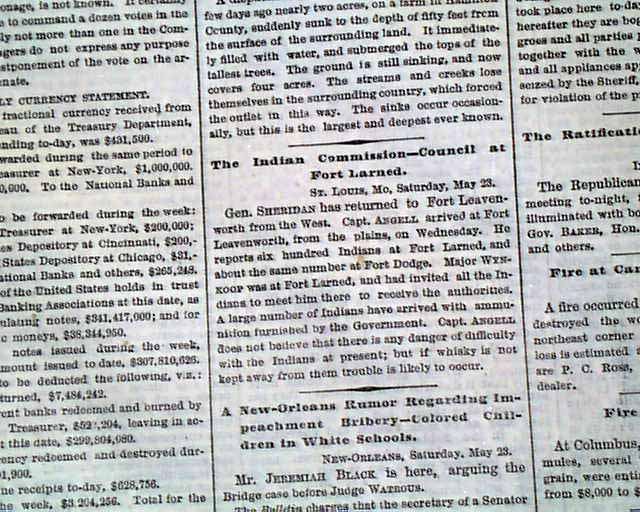 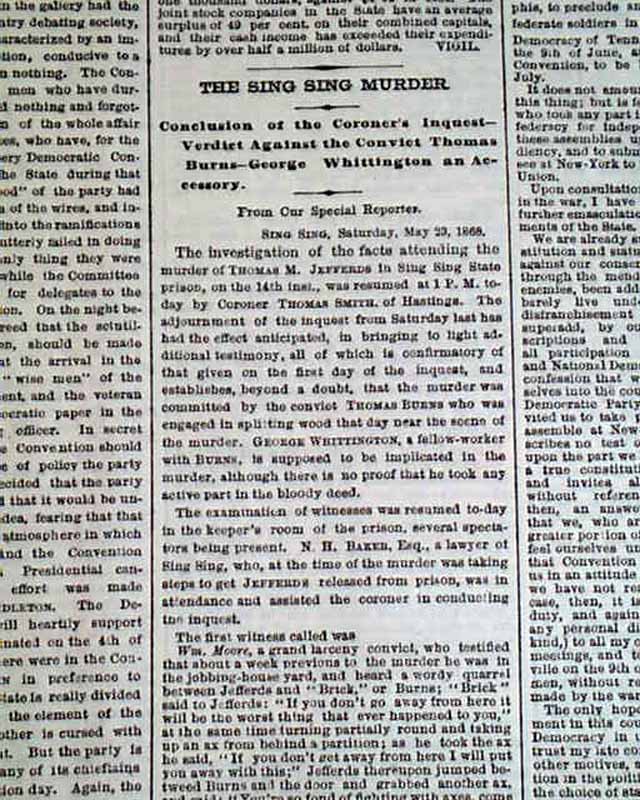 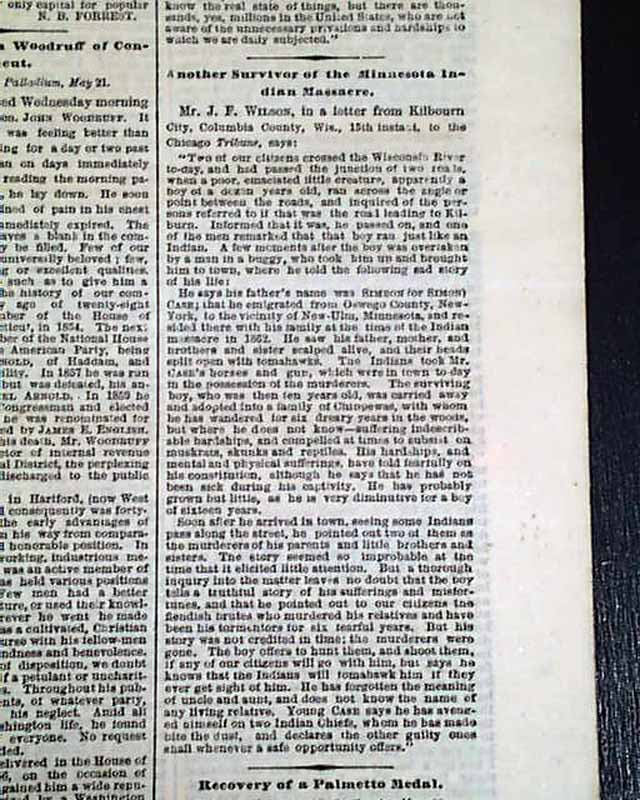