Home > Back to Search Results > Nazi message to those who evacuated Guernsey...
Click image to enlarge 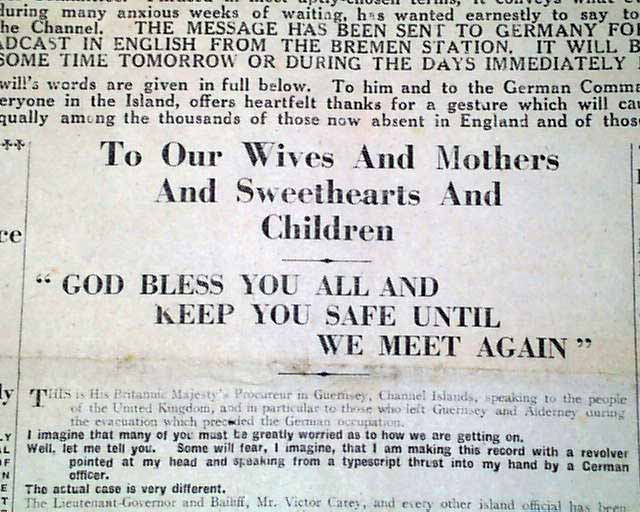 Nazi message to those who evacuated Guernsey...

This is a fascinating issue, as this island in the English Channel was occupied by the Nazi around July 1, 1940 and remained in Nazi control till the end of the war. This issue, just a month after German occupation, has a great front page, giving the text of the announcement from the British residents who remained in Guernsey after the occupation to those who evacuated earlier.
Obviously filled with much Nazi propaganda the full text can be seen in the photos below, one bit including: "...Some will fear, I imagine, that I am making this record with a revolver pointed at my head & speaking from a typescript thrust into my hand by a German officer. The actual case is very different..." with much more.
Complete in 8 pages, much other Nazi propaganda inside and a wealth of ads. Measures 12 by 16 1/2 inches and in very nice condition. 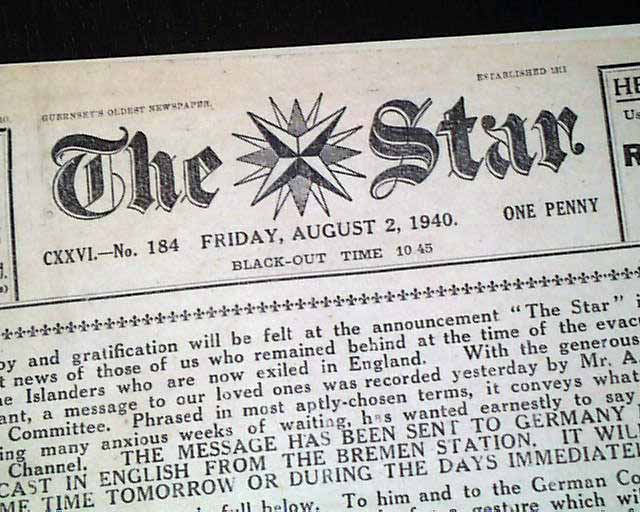 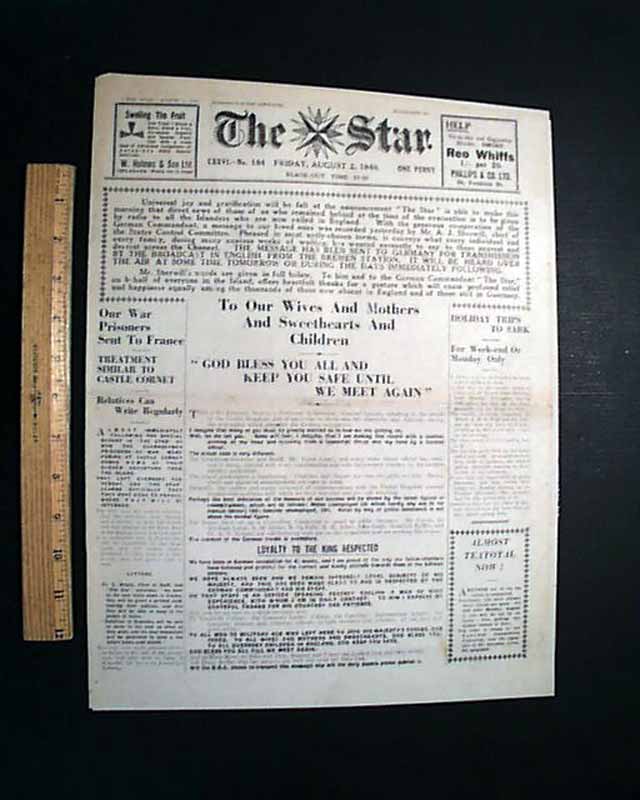 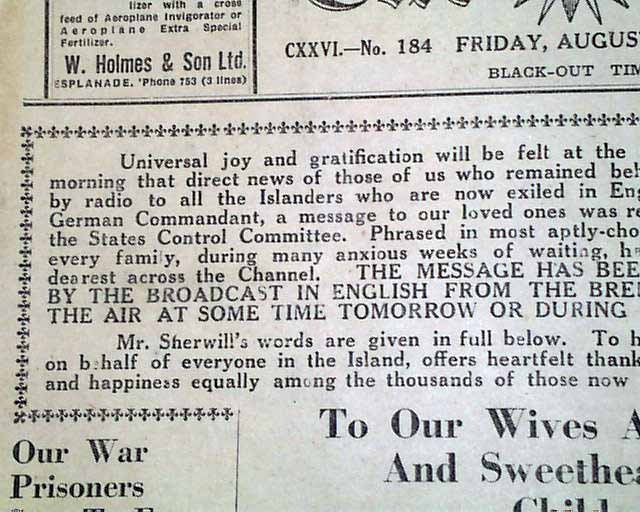 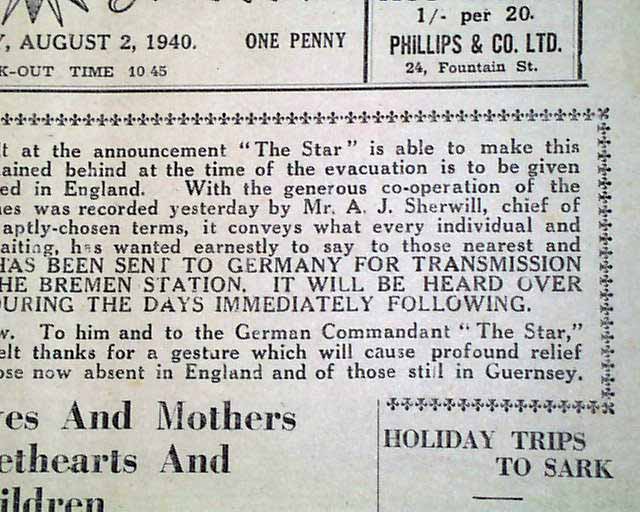 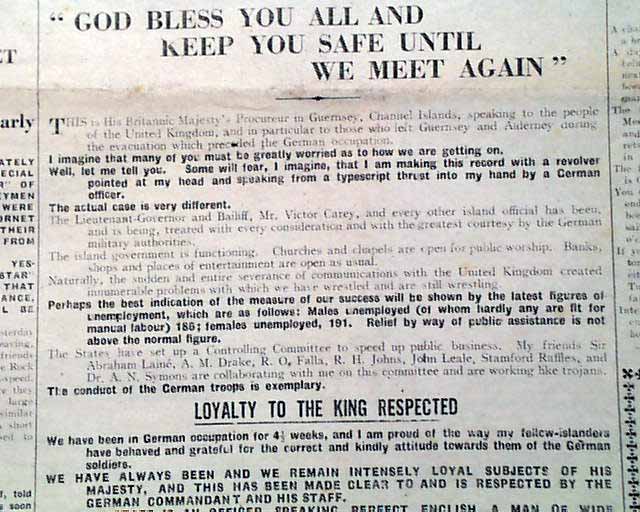 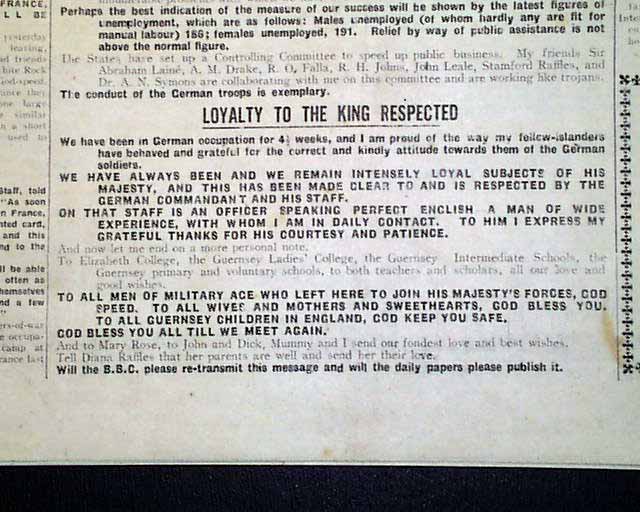