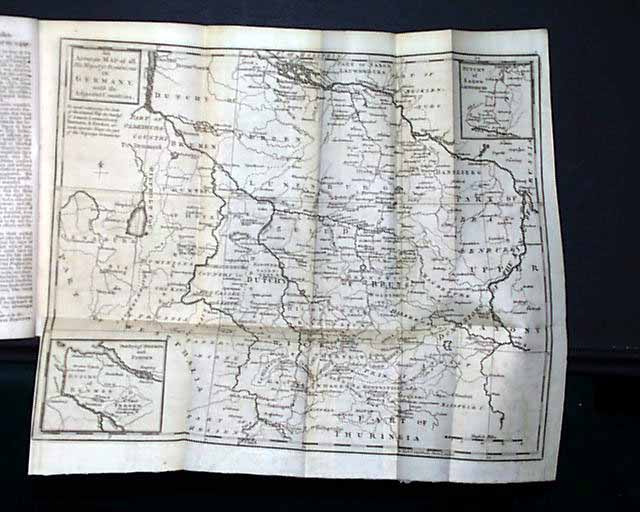 An article: "Thoughts on the Present Posture of Affairs" includes some discussion concerning America, and includes: "...Hence it is evident that as North America was the bone of contention, Great Britain must not be induced to part with any of her conquests on that continent; because that would be a means to renew the war...". Also an article: "Letter of the Quakers on Pacific Measures".
Also: "On the Importance of the rich Country on the Banks of the River Mississippi which is yet in the Possession of the French" (see for portions).

Included is a nice foldout map titled: "An Accurate Map of all His Majesty's Dominions IN GERMANY with the Adjacent Countries..." which measures 12 by 14 1/4 inches.

Near the back is the: "Historical Chronicle" which has various news reports from England and other parts of Europe.