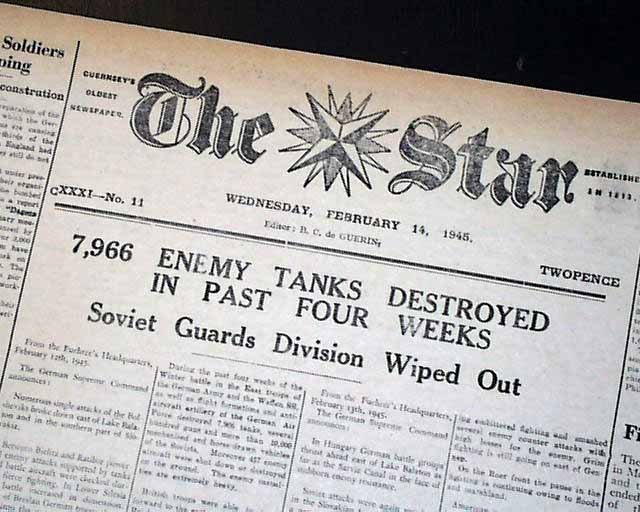 This newspaper was published on this island in the English Channel and was occupied by the Germans during almost all of WWII. During the Nazi occupation they took over this newspaper and filled it with pro-German propaganda, offering a unique insight into how the Axis reported the news during the war.