Home > Back to Search Results > Birth of a prince... Death of the King's brother...
Click image to enlarge 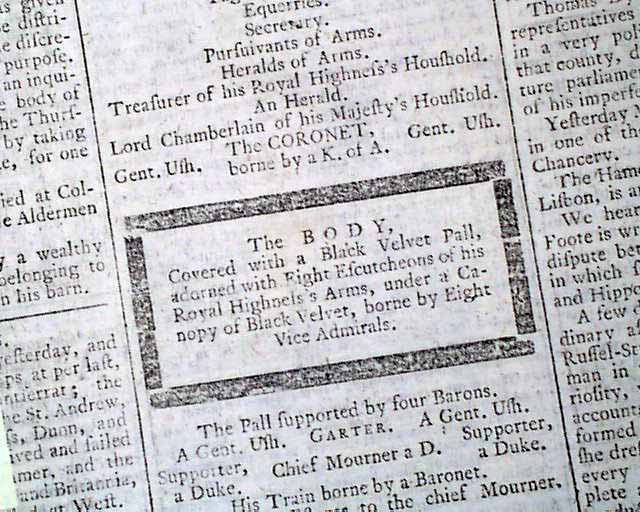 Birth of a prince... Death of the King's brother...

An inside page announces: "Yesterday morning...her Majesty was taken in labour at Queen's Palace...and at half an hour past twelve her Majesty was safely delivered of a Prince, who are both as well as can be expected." This was Prince Edward Augustus, who would later be the Duke of Kent.
The same page has a full column concerning the death of the Duke of York, the younger brother of King George III. Included is a black-bordered note on the coffin (see).
The balance of the issue is taken up with various reports from Europe from just 8 years before the outbreak of the Revolutionary War. Many advertisements as well.
Eight pages, 8 1/2 by 11 inches, very nice condition.