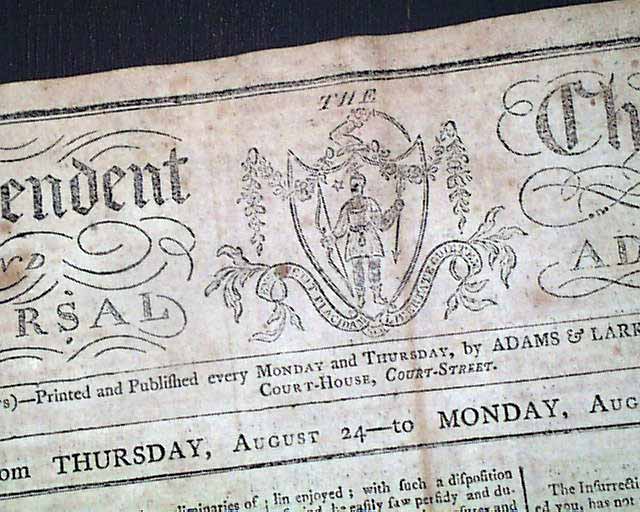 This newspaper has one of the more decorative mastheads of the 18th century making it very nice for display.
Among the ftpg. items are: "Peace Negociation" "Bank of England" "Suppression of the Fleet Mutiny" and "Yellow Fever". Pg. 2 has a very lengthy letter: "To John Adams, President of the United States". Other news of the day & a wealth of ads, a few of which are illustrated.
Four pages, various foxing throughout, a bit heavier at the folds, otherwise nice.